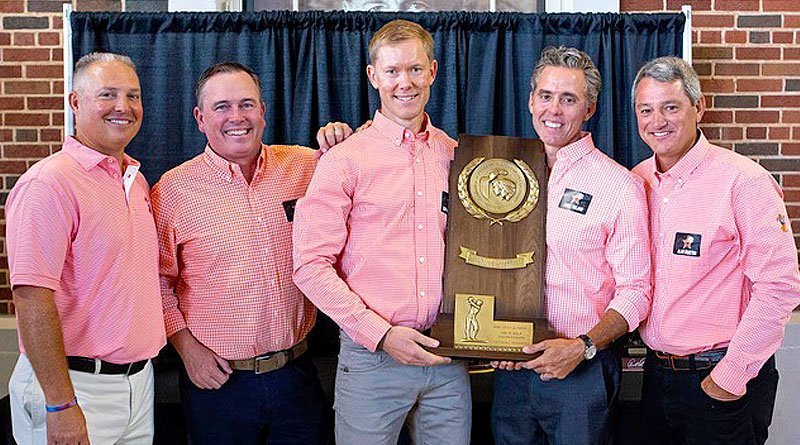 The 1994-95 NCAA championship team that knocked off Tiger Woods and Stanford at the Scarlet Course at Ohio State University was honored during OSU’s Posse Auction at its annual fundraiser this weekend.

Pictured at top left to right in the team photo are Tripp Kuehne, Kris Cox, Leif Westerberg, Chris Tidland and Alan Bratton. Westerberg was noticeable absent in the picture from Columbus, having left early to fly to England for the British Amateur and missed the playoff.

Here is a good story from the Sports Illustrated vault on how the week went down, the chances Stanford missed, the clutch putts OSU made and the team that believed in destiny.