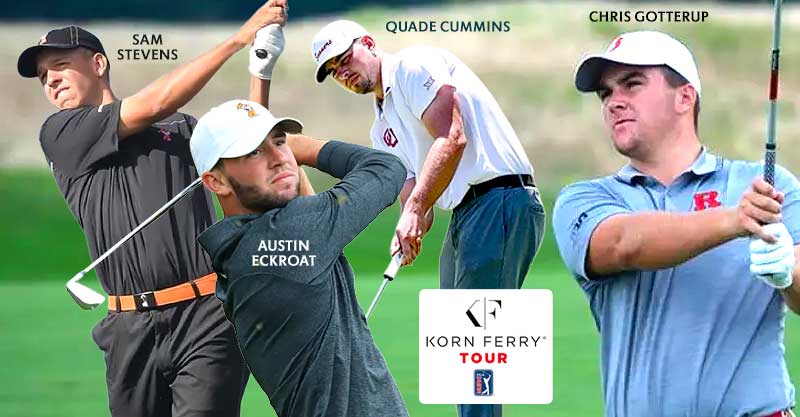 As the Korn Ferry Tour moves into its third and final tournament of the three-event Finals, it’s looking like some top-five finishes will be required for any of the competitors with strong Oklahoma ties to earn a PGA Tour card for 2022-23.

The Finals awards 25 cards to those who finish the highest cumulatively through the three events, with the exception being some of the competitors have already earned cards by finishing in the top 25 during the regular KFT season and are playing just to improve their status.

The second event concluded Sunday in Columbus, Ohio., with David Lingmerth winning the Nationwide Children’s Hospital Championship at 17-under-par. Among players with local ties, former Oklahoma State golfer Sam Stevens fared the best, closing with a 66 to move up 37 spots into a tie for 28th. Bo Van Pelt of Tulsa tied for 53rd at 3-under. Former OU golfer Quade Cummins of Edmond tied for 68th at even-par. Missing the cut were former OU golfer Chris Gotterup, former Cowboy Kevin Dougherty and Austin Eckroat of Edmond and OSU.

All of the locals will need an oustanding performance at the Korn Ferry Tour Championship this week at Victoria National GC in Newburgh, Ind., to secure one of those 25 cards. Here is how they rank currently among the players competing in the Finals. Gotterup T-27, Stevens T-39, Eckroat T-67, Van Pelt T-69, and Cummins T-78. Daugherty has not earned any points by missing both cuts and would need a tie for fifth or better this week. The complete list is here.

Three players with Oklahoma ties earned their PGA Tour cards as rookies last year. Taylor Moore of Edmond kept his card and advanced to the second round of the FedEx Cup playoffs, former Sooner Max McGreevy of Edmond also kept his card and played in the first round of the playoffs, while Josh Creel of Edmond finished 201st on the money list and will have to earn his Korn Ferry Tour status for next year at the PGA Tour Qualifying School this fall.