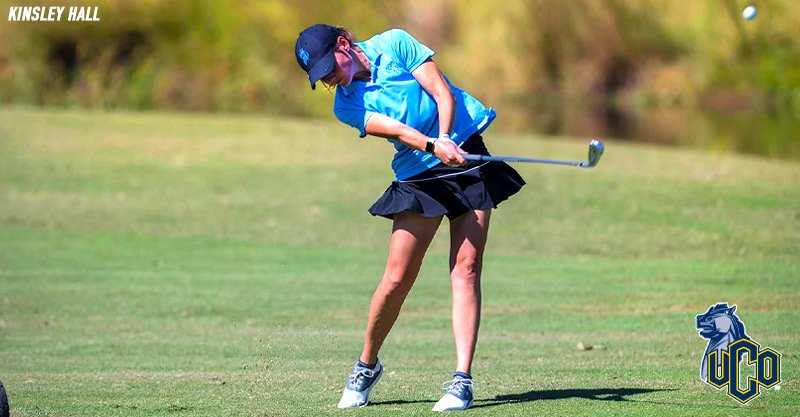 The Bronchos shot a second consecutive 312 at the 5,985-yard, par-72 Silo Ridge Golf and Country Club in finishing with a 624 total. Central Missouri closed with a 310 to edge UCO by one shot in the 17-team tourney, with Augustana third at 632.

Kinsley Hall led the Bronchos in the final round with a 75, while Mika Ramos shot 78, Susana Olivares 79 and Madison O’Dell 80. Sophomore standout Emma Shelley — who shot an opening-round 77 — was unable to play Tuesday because of severe back spasms.

“It was tough again today after all the rain we got last night and the way the wind was blowing 30 all day,” head coach Michael Bond said. “It’s unfortunate Emma couldn’t play. I thought we battled hard and just came up a little short.”

Olivares ended up fifth in the individual race with a 155 total, while Hall and Ramos tied for seventh at 157.

UCO is off next week before completing the regular season April 4-5 at the Newman Classic in Wichita, Kan.

TROPHY CLUB, Texas (March 22) – A pair of top-10 individual finishes enabled Central Oklahoma to come in sixth at the Lion Invitational that wrapped up Tuesday.

The Bronchos closed with a 304 to finish three trips around the 6,992-yard, par-72 Whitworth Course at Trophy Club County Club with a 900 total. Arkansas Tech won the 18-team tournament with an 871 total, followed by Midwestern State (888) and Cameron (890).

Second-round play was halted Monday by severe weather, leaving players to finish five holes Tuesday morning before moving on to the final round.

Baldwin was two-under through 13 holes when second-round play was stopped, dropped back to even with a pair of bogeys and then birdied his final hole to finish off a one-under 71.

The freshman also birdied the final hole in the third round for the 76 that enabled him to record his best tournament finish of the year.

Hickey was three-under in the second round when play stopped and dropped one stroke in the final five holes this morning to complete a two-under 70. The junior had three bogeys and one birdie in the final-round 74 to notch his third top-10 finish in seven events.

UCO doesn’t play next week, returning to action April 4-5 for The Mule Classic in Warrensburg, Mo. in the final regular season tournament of the year.