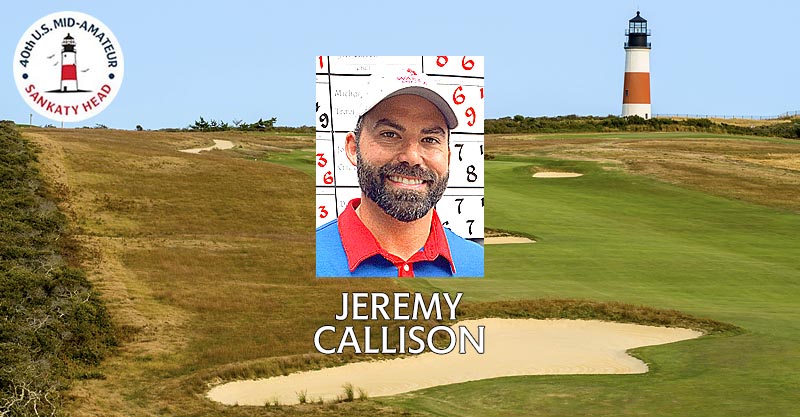 Yaroslav Merkulov, 29, of Rochester, N.Y., shot a 5-under-par 65 at Sankaty Head Golf Club on Sunday to complete 36 holes of stroke play in the 40th U.S. Mid-Amateur Championship at 9-under 131, breaking the championship record by one stroke. Merkulov’s round, combined with his 4-under 66 on stroke play co-host Miacomet Golf Course on Saturday, betters two players (Bert Atkinson in 1997 and Jeff Wilson in 2001) who shared the previous championship stroke-play record of 132.

With the conclusion of the stroke play portion pushed into Monday, it appears Jeremy Callison of Grove will be lone player with Oklahoma ties to make the field of 64 for match play.

Callison shot even-par after rounds of 68-72 and was tied for 31st with many much of the field still to finish Monday.

Merkulov’s 65 on Sunday also matches the Sankaty Head competitive course record, held by five players, including Jimmy Ellis, who matched Merkulov on Sunday morning. After half of the 264-player championship field endured more than five hours of fog delays at Sankaty Head on Saturday, the 6,645-yard course on the eastern end of the island was bathed in sunshine for much of Sunday, though buffeted by winds that averaged 16 mph and gusted to nearly 25 mph. There was just one short delay for fog on Saturday at Miacomet, 8 miles away.

The suspensions of play on Saturday at Sankaty Head – along with a short Sunday delay caused by more than a half-inch of rain that fell in the early morning hours – meant that 42 players had yet to begin Round 2 of stroke play (all at Miacomet) when play was halted for the day on Sunday.