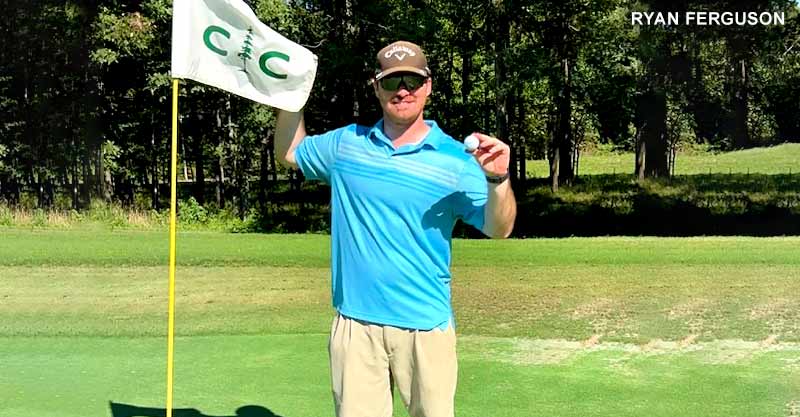 Ryan Ferguson hit a hole-in-one on a par 4 at Cedar Creek Golf Course in Beavers Bend State Park in Broken Bow on Friday.

Ferguson propelled the ball 295 yards using his driver, acing the 10th hole. Ferguson and a group of friends searched the green for what he assumed was a lost ball. When he finally reached the hole and saw his ball inside, he couldn’t believe it.

“Before it got hot, I was only golfing three to four times a month,” Ferguson said. “This was the first time I golfed this summer.”

Hitting a hole-in-one on a par-4 hole is a huge feat. According to the PGA, players have a better chance of being struck by lightning or killed by a shark than hitting an albatross. To achieve an albatross, a golfer must either ace a par 4 or finish a par-5 hole in two strokes.


To learn more about golfing at Oklahoma State Parks or reserve a tee time, visit TravelOK.com/Golf.