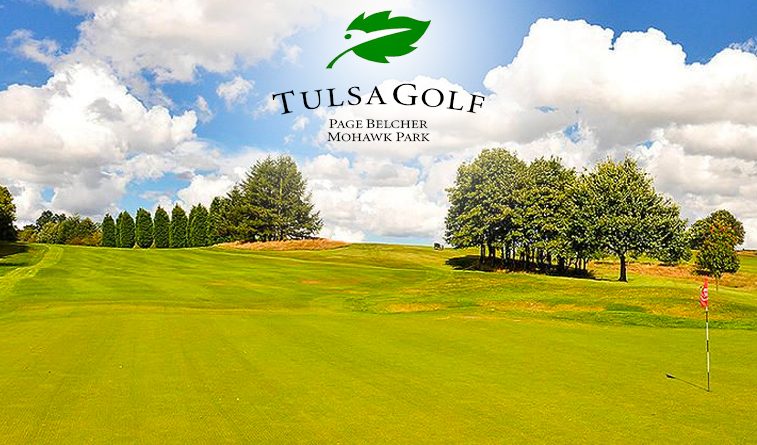 A graphic accompanying a Monday Tulsa World story comparing the golf operations of the City of Tulsa (Page Belcher and Mohawk Park) and Tulsa County (LaFortune Park and South Lakes) had the potential to create some false impressions of the two operations.

While those figures have been corrected, the revenue, expenses and profit-loss columns could also be misinterpreted without further background information.

All of the revenue at the city courses at Page Belcher and Mohawk Park is reflected in the figures listed, but not all the revenue at the county courses is included. City expenses include all of the personnel for pro shops, restaurants, maintenance crews, maintenance budget including more than $214,000 paid back in 2017 to the Tulsa Metropolitan Utility Authority for water, as well as the annual contracted payments made to Billy Casper Golf for operating the courses.

The city subsidies listed ranged from $138,389 in 2016 to $198,087 in 2015. Since the courses generate close to $90,000 in city tax revenue, one could view the subsidies listed as trifling, especially compared to other regional municipal golf arrangements, such as in Oklahoma City where courses are not charged for city water.

However, Tulsa Mayor G.T. Bynum said today that the required subsidy is likely to be several hundred thousand dollars higher for the 2017-18 fiscal year, which includes historically bad weather months in February and April. He has not signed a new proposed contract for Billy Casper Golf which has been on his desk for several weeks.

Bynum said his main concern is making sure the golf courses operate in a fiscally sound manner and don’t run up unexpected deficits that could impact other park department programs and services.

Unlike other municipal courses in the region, Billy Casper’s directive from the city is to constantly adjust money spent on water, mowing and staff depending on market conditions and revenue intake, much of which is affected by weather in terms of cold, rain, heat and drought. An abundance of rain requires extra mowing, a drought requires extra water. If rounds are down because of either, than the mowing and watering are cut back at precisely the times they are most needed. Besides minimizing hours, not much can be done when golfers stay home due to cold.

The policy at other area municipal courses is to set maintenance standards which will be followed regardless of play or weather. If the combination of rounds played and weather or course conditions results in a loss for a particular year, that’s when the subsidy kicks in. It’s a reflection of following a determination that golf is a valued quality of life issue for residents and attraction for businesses and individuals considering your city.

Warren Lehr, city manager of Owasso, has witnessed years where Bailey Ranch Golf Course makes money and others when a heavy subsidy is required. The core commitments do not change and Lehr is convinced the long-term benefits of a quality course for the citizens and the tax and development implications far exceed the subsidies. He noted the total subsidies paid by the city over the 25 years since the course opened equate to one mile of paved road.

The city of Tulsa policy has not been tethered to any such consistent philosophical goals and the long-term destructive effects of the policy are clearly evident in course conditions at Page Belcher, which once was a showcase of the sport for the city and the region. The zoysia fairways and roughs, while still superior and something none of its competitors can offer, have not been fertilized since 2013. Dirt areas under trees have spread into fairways, while drainage has rutted many areas in play. Bunkers need to be redone from the bottom up, with new liners and drainage. Instead short-term fixes are the norm.

Billy Casper Golf does a good job doing what the city wants, which is operating the courses without requiring much of a subsidy. Problem is, it’s going to easily take $1 million or more at this point to restore the courses to standards to compete on an equal footing with the county courses as well as nearby municipal courses such as Bailey Ranch and Battle Creek in Broken Arrow. Sand Springs is investing heavily in The Canyons at Blackjack Ridge, including a new clubhouse in 2019. Tom Wolff, who manages the courses for Billy Casper, has been pleading for a clubhouse for years to attract more tournament play, outings and events to Page Belcher, but there are currently no plans for any capital improvements at the course.

Casual readers of the chart would surmise the city courses generate more revenue than their county counterparts. Revenue listed for 2017 was $2,780,542 for the city courses and $2,123.236 for the county. However, this does not take into effect the huge differences in the way in which the operations are managed.

On the county side, PGA professional Pat McCrate has a contract to run the pro shop and driving range operations at both facilities. His operation is funded by 75 percent of the cart revenue, all of the driving range revenue minus a $30,000 payment back to the county at each range, and all of the revenue generated by the pro shops, including lessons, merchandise, club sales, etc. The county revenue, which pays for the restaurant staff, maintenance budget and maintenance staff, is generated by the greens fees revenue, 25 percent of cart revenue, the range payments and food and beverage sales.

None of the revenue from McCrate’s operation is included in the Tulsa County revenue figures listed. McCrate employs up to five PGA professionals as well as pro shop staff, marshals and starters. If it were, county revenue would far exceed the city revenue.

On the profit/loss area of the chart, the county’s losses are listed as in excess of $656,000 for all three years, a substantial subsidy.

However, what is not mentioned is that $500,000 of those losses annually is continuing bond payments from the 1988 construction of South Lakes. The county has elected to refinance the original loan of $4.1 million numerous times, including for some projects that had nothing to do with golf. Take away that payment  and the subsidies range from $165,943 to $334,764.

Those subsidies by the county are a reflection of a market that was overbuilt but is stabilizing with the recent closures of five courses in the Tulsa area – Cotton Creek in Glenpool, Okmulgee CC, Scissortail in Verdigris, Clary Fields in Sapulpa and Emerald Falls in Broken Arrow. Despite the debt service payment, the county often made money up until 2008 when South Lakes was averaging more than 50,000 rounds and the two courses at LaFortune Park more than 70,000 rounds. Since the Great Recession, golf participation is down precipitously on a national level.

“If I were Joe Public reading that chart, I would say the county is doing a lousy job and Billy Casper should run all the courses,” McCrate said. “But I think most people prefer the way we do it, with conditions so you can play the ball down and the commitment to teach, provide service, grow the golf community and be involved in the community.”

“My philosophy is based on trying to provide the best quality courses that I can for the public,” said Richard Bales, Tulsa County parks director. “While we’re focused on the dollar, it is not the end all. Golf courses are a great amenity to the community, they add to the quality of life and provide green space in crowded urban environments. “

Bales said if he adopted the city’s commitment to not overspend by making maintenance decisions on the basis of monthly play, “then neither of our courses would look anything like they do now.”