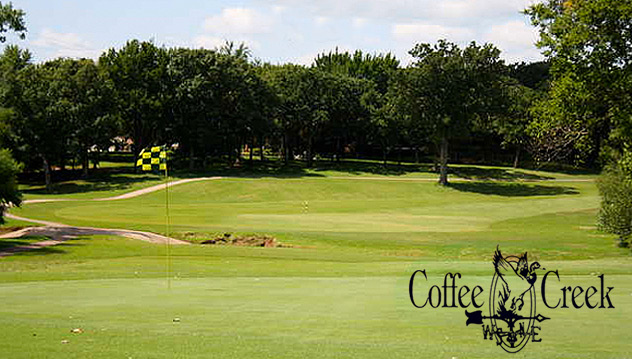 Copeland, who owns cabinet maker Oklahoma Millworks, Inc., in Guthrie, plans to develop the land on which Coffee Creek sits into commercial and residential properties, according to his development partner John Pinard

Andy McCormick, the managing member of Millennium Golf Properties, which also owns River Oaks Country Club in Edmond, said his group sold the property for $1.25 million. He said 90 percent of the full-time employees at Coffee Creek would be absorbed by River Oaks.

McCormick and his group have had the property on the market for more than a year and came close to selling several times previously, but found there was little market for Coffee Creek’s future as a golf course. The property is at the corners of Kelly Ave. and Coffee Creek in Edmond, prime territory for both commercial and residential development.

Copeland and Pinard have worked on several real estate developments together previously. Pinard also confirmed that the two are in the process of purchasing the former Scissortail Golf Course in Catoosa from Spirit Bank.

Pinard said that though only a portion of the Coffee Creek course is ideal for residential development, the value of that plus the business development on the frontage parcels made it an ideal purchase.

“It was really challenging,” he said. “There’s been minimal opportunity to increase the price of a round for the last 15 years. Since the late 1990s when the rules changed, a lot of business clients could no longer write off the cost of a round of golf, so you lost a lot of weekday play. The USGA made all these predictions of the number of seniors that would be playing, but when they are your only group that puts downward pressure on prices.

The Closure of Coffee Creek

Coffee Creek was also the site of the Graves Golf Academy, owned and operated by brothers Tim and Todd Graves. Todd said they met with Copeland and Pinard this week to discuss options, which include everything from shutting down and moving to possibly expanding the academy into a full-time teaching center for Edmond. Currently the academy includes 3,000 square feet of office space and two functional hitting bays. Most of the Graves’ golf schools are conducted on the road but the center is busy with golf schools in May and June.

The demise of Coffee Creek as a golf course is a reflection of a continuing market correction in Oklahoma and nationally to what became an overbuilt market during the 1990s. Not only were too many courses opened in that span, but fewer people are now playing golf.

Scissortail’s closing last spring came on the heels in the Tulsa area of the recent closings of Clary Fields in Sapulpa, Emerald Falls in Broken Arrow, Okmulgee Country Club and Cotton Creek in Glenpool. Brookside Golf Course in Oklahoma City closed as well as Coffee Creek in central Oklahoma. At least four other courses statewide closed in 2016. No courses opened. The last new course (not counting additions or renovations) to open in Oklahoma was The Patriot Golf Club in Owasso in 2010. More than 20 courses have closed in that time frame.

McCormick said his group has until the end of February to evacuate Coffee Creek. The course has closed, but anyone wishing to purchase anything from the pro shop can still stop by the rest of this week.

While the closing of Coffee Creek is bad news for its regular customers, it could be good news for Brian Soerensen, director of golf at Kickingbird, which is owned by the city of Edmond, and for Henderson.

Kickingbird received as many as 62,000 rounds annually in the 1990s, numbers that have dipped to where the approximately 42,000 rounds played in 2016 is an average year. Soerensen said he would welcome former Coffee Creek golfers with open arms.

Part of the problem for privately-owned public courses is that competing with the Kickingbird’s or the public course system in Oklahoma City (Lake Hefner, Lincoln Park, Trosper Park, Earlywine) is not easy. Not only do those courses emphasize course conditioning, service and merchandising, they are backed by entities that can finance course upgrades or new clubhouses, such as the massive new clubhouse at Lincoln Park with others planned for Lake Hefner and Earlywine. Those type of improvements are harder for individual owners to provide based on the revenue they are making.