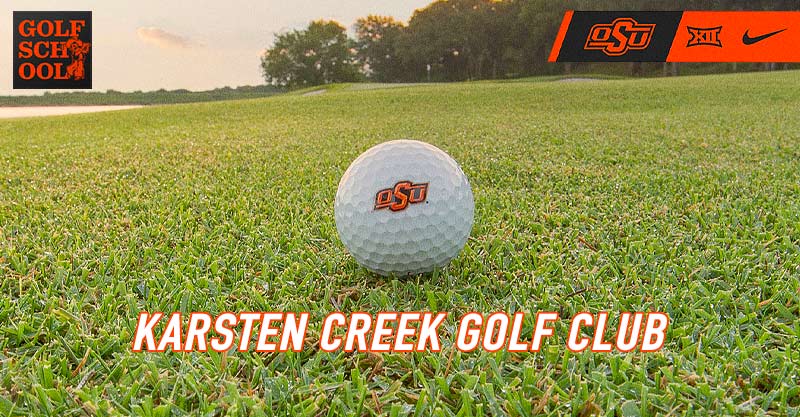 STILLWATER, Okla. —- No. 1-seeded Oklahoma State women’s golf is set to play host to the NCAA Stillwater Regional May 9-11 at Karsten Creek Golf Club. Spectators are welcome at the three-day event and there will be no admission charge. Parking is available along the road leading into the golf course.

NORMAN – The Oklahoma women’s golf team has been selected to compete in the NCAA Albuquerque Regional May 9-11 at The Championship Course at UNM.

The Sooners are making their fifth consecutive regional appearance and 10th in the last 11 seasons under OU head women’s golf coach Veronique Drouin-Luttrell.

Oklahoma was selected as a No. 9 seed in the Albuquerque Regional. Fellow Big 12 foes Texas (No. 3) and TCU (No. 6) will also be making the trip to New Mexico and Oregon earned the No. 1 seed.

OU has advanced from the regional into the NCAA Championship four times since 2009, including three top-10 national finishes from 2012-2014.

The Sooners competed in the 2021 Columbus Regional and finished seventh. OU barely missed a chance to advance to the NCAA Championship, falling one spot behind and three strokes back of Kent State and Michigan.

Hannah Screen and Kaitlin Milligan led the Sooners in Columbus. Each fired a 4-over 220 and tied for 13th.

Thomas, a junior from Bentonville, Ark., earned all-conference honors for the second consecutive season when she was named to the 15-member American Athletic Conference squad a day earlier. It’s her first appearance at the NCAA Regional Championship.

Last year, Tulsa made the LSU Regional Championship as a team, but the event had all three rounds rained out.

Thomas has registered five top-20 performances in 10 tournaments this season, including four top-5 finishes. She had a career-best second place showing at the Texas State Invitational with a 2-under par score of 214. Thomas also placed fifth at The Bruzzy, sixth at the Columbia Classic and seventh at the season-opening Samuel P. Golden Invitational.

In 30 rounds this season, Thomas has a team-best 72.7 stroke average and has tallied six sub-70 rounds.

The NCAA Championship is scheduled for May 20-25 at Grayhawk Golf Club in Scottsdale, Ariz., as the top four teams and two individuals from each of the six regional sites will advance to the championship round.