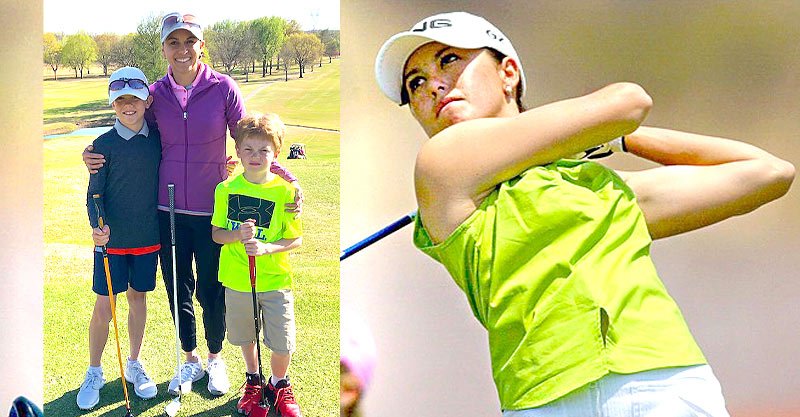 Part of Tiger Woods’ motivation for returning to professional golf after his back was fused in 2017 was for his two kids to see what all the fuss was about.

The stage may not be the same, but the sentiment is for Stacy Prammanasudh, the former four-time University of Tulsa All-American and two-time LPGA Tour winner who retired in 2013 after 11 seasons on tour when oldest son Ryp was just two.

The young man is now 10 and an avid junior golfer, but has never watched his mom play in competition. Unlike this reporter, who was there when she won the first of five consecutive WOGA Junior Girls Championships in 1993 and for many events thereafter, he hasn’t witnessed the accurate shots and steely determination that made Prammanasudh one of the best golfers, male or female, in state history.

To rectify that, Stacy P, as she has long been known, has entered the FCA Women’s Championship, an event on the Women’s All Pro Tour event scheduled Tuesday through Friday at her home country club, The Club at Indian Springs. The WAPT events are mostly populated by young professionals trying to hone their games for a run at the LPGA Tour. Stacy P, at age 42, is likely to be the veteran of the field.

Also the rustiest player in the field. She still has the same Taylor Made irons in her bag that she used on Tour. Husband Pete Upton’s golf buddies won’t play with her often because she takes all their money. And it is tennis, not golf, that is her current passion.

So expectations? She says none, though she’s been hitting balls and playing some holes at Indian Springs in preparation. Father Lou, now 83, is expected to come from Enid with her mother Brenda and share caddy duties with Ryp. Pete, who caddied for her most of her LPGA career, could be pressed into duty at a pinch. At the least, it should be a fun family reunion. Stacy said she hasn’t walked and played 18 holes since her last round on the LPGA Tour.

Not that it will be a physical challenge. Bored during the Covid lockdown, Stacy took up tennis two years ago and has quickly become one of the better players at the club, playing nearly every day. She teaches fitness classes at Genesis and works out regularly. She has taught fitness classes for years, sometimes as many as six a week in different disciplines including kick boxing, core, boot camp and hip classes.

Stacy doesn’t usually do anything halfway, so it will be interesting to see what happens if she first makes the cut and then finds herself in contention.

Two years after she came off the LPGA Tour, Ryp was diagnosed with leukemia and had to undergo treatment including chemotherapy and steroids. He’s been completely cancer free for nearly four years and able to do everything boys do

“The first year was very tough,” Stacy said. “They basically wipe you out in an effort to eradicate the cancer to where you have no immunity. And then they keep you that way to make sure it is gone. The first year is the biggest chance of reoccurrence.

“But I had a complete peace about it. When they talk about the peace of God, that’s a real thing. You hear horror stories from movies and other places, but I never thought that would be us.”

Younger son Ryder is more interested in baseball and other pursuits.

“The reason I decided to play was because Ryp could caddie for me,” Stacy said of Ryp. “Now can he manage himself for six hours out here, we’ll find out. But he wanted to see mom play.”

Stacy said she has a few friends still playing on the LPGA Tour, particularly Angela Stanford, but most of those she hung with our now retired like her and scattered around the country. She does not closely follow the tour or amateur golf, calling herself “out of the loop.” Not many of the WAPT regulars are from Oklahoma, although former University of Oklahoma star Kaitlin Milligan has been competing. Most of those competing will not know who they are facing.

Growing up in Enid playing Meadowlake Golf Course with Lou as her constant caddy and mentor, Stacy started winning basically everything she played in at age 11, including five consecutive WOGA Junior Championships and three out of four high school championships at Enid where she also won about every regular season event. She eventually was given playing privileges at Oakwood Country Club, where pro Tim Mendenhall is a huge fan and put together a group to sponsor her when she turned professional.

Stacy was recruited to Tulsa by Dale McNamara and her winning ways continued there. A four-time All-American, she won 10 events, one fewer than record holder Nancy Lopez. She turned professional in 2002, playing one season on the Futures Tour and then 11 seasons on the LPGA Tour, where she was a member of the Solheim Cup team in 2007 and won events in 2005 and 2007.

She had an excellent LPGA Tour career, but when she decided to retire, that was it for golf.

“It was a lot of things intertwined,” Stacy said. “I was getting older, I had an itch to have a family, the LPGA Tour was changing and I wasn’t playing that well. Once I started to not want to practice, there was no point. It was just a waste of my time.”

Now, however briefly, she is back and enjoying it. Anyone who would like to watch her or the other contestants, the event is free of charge Tuesday through Friday. Tee times and more tournament information will be available here on the WAPT site.