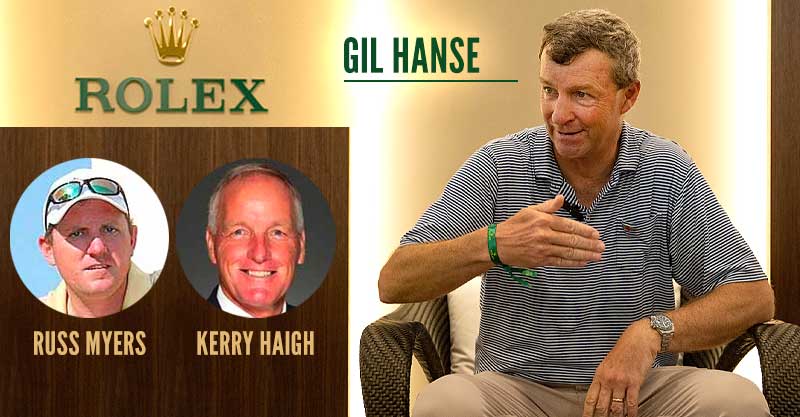 It’s been a busy and gratifying week for Gil Hanse, as his restoration of Southern Hills Country Club has drawn praise from players on the ground and fans across the country who have been texting this reporter to remark on how spectacular the course pops on television.

That was not always the case in previous major championships. But that was before 650 plus trees were removed, fairway corridors opened, bunkers give a more striking rugged loo and greens completely rebuilt.

Now the course looks wonderful from the overhead cameras and even better to players on the ground who are dealing with all the nuances of the restoration by Hanse and Jim Wagner concluded in 2019.

Hanse said he hopes the week serves to make casual golf fans much more aware not of him, but of original architect Perry Maxwell, whom he calls one of the most overlooked and underrated of the Golden Age architects such as Charles Blair McDonald, Donald Ross, Seth Raynor and A.W. Tillilnghast.

Maxwell, however, is not overlooked in Oklahoma. The 2014 Oklahoma Golf Hall of Fame inductee (inaugural class) is celebrated not just for his 1936 design of Southern Hills and Prairie Dunes in Hutchinson, Kan., which are both consistently ranked among the nation’s best, but for Dornick Hills in Ardmore, Oakwood in Enid, Muskogee Golf Club, Hillcrest CC in Bartlesville, Twin Hills in Oklahoma City and many other courses he worked on throughout the state.

Myers said Wednesday that preparations to this point have gone exceedingly well, with just some volatile weather Friday evening to avoid.

“From what I have heard, the players are saying all the things we hoped they would be at this point,” Myers said. “It’s the culmination of the vision that Gil and I had and Kerry’s course setup. I’ve been a part of executing that vision for the last five or six years. Now it’s up to Kerry and how he wants to set it up and the weather.”

It is certainly Haigh’s call on where tee markers and pin positions wind up, but don’t think for a second that Myers hasn’t had extensive input into the plan for the week. As Haigh said, he regards him as one of if not the best superintendent in the country and not just at growing grass, but in the full range of what constitutes the most complete test of golf for the world’s best.

Hanse is also regarded as the top in his field, and his thoughtful and careful rebuild at Southern Hills has received rave reviews, even as member’s handicaps have soared, mainly because of the runoffs on the edges of greens and the expanded closely mown areas that can result in shots rolling 20 feet away or more, offering more options on recovery shots.

Hanse regarded it as his job to restore the course to what it originally was under Maxwell, then leave the major championship setup issues to Haigh.

“Jim and I tried to keep our fingerprints off of it,” he said. “We were not going to deviate from Maxwell from a presentation or design standpoint. Course setup issues are up to Kerry.”

We’ll find out more about those early Thursday.