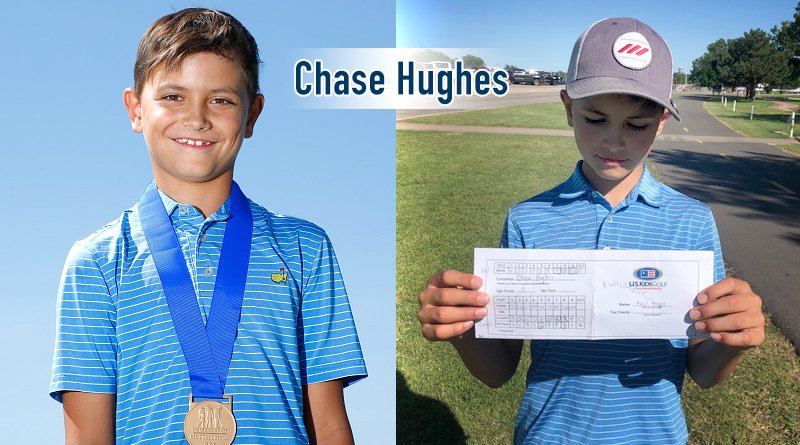 Chase Hughes celebrated his 10th birthday by tying a U.S. Kids Golf record Sunday, shooting 9-under 27 for nine holes on the South Course at Lake Hefner in Oklahoma City.

Chase, who was scheduled to compete in the national Drive, Chip and Putt contest at Augusta National this spring before it was pushed back to 2021, has a long history of success in U.S. Kids, having finished third in the nationals at Pinehurst Resort in 2019 and been dominant in his age group basically since he began competing at age 5. He finished second in his age group in the DCP finals in 2019.

He’s also very low key. Fisher said when he came off the green on the ninth hole Sunday, he said he had choked. That’s because he made a par instead of a birdie for a 26. Hughes actually had two eagles, five birdies and two pars in his nine holes.