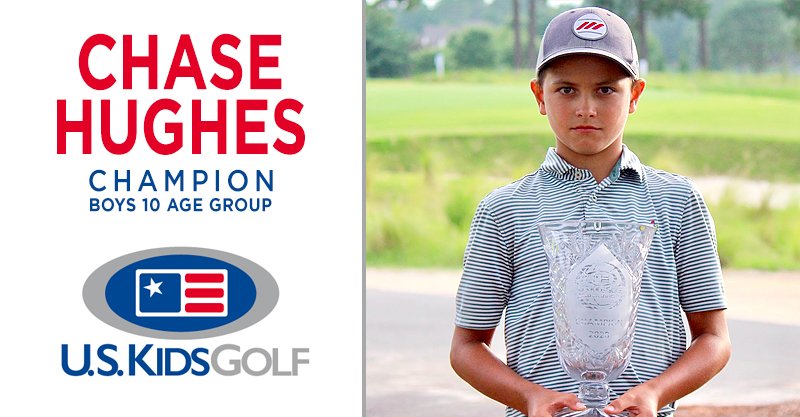 Chase Hughes of Oklahoma City shot rounds of 73-68 and closed with a brilliant 63 to win the Boys 10 age group at the U.S. Kids World Championship this weekend at Pinehurst Resort, N.C. His combined 12-under total was two shots better than runnerup Nemo Tsai of Ann Arbor, Mich.

Leading the way for the girls entries from Oklahoma, Evyn Cannon of Edmond shot 3-over to finish seventh in the Girls 10 age group. Cannon shot rounds of 72-72-75.

Hughes earlier this year tied a U.S. Kids Golf record shooting 9-under 27 for nine holes on the South Course at Lake Hefner in Oklahoma City.

Hughes, who was scheduled to compete in the national Drive, Chip and Putt contest at Augusta National this spring before it was pushed back to 2021, has a long history of success in U.S. Kids, having finished third in the nationals at Pinehurst Resort in 2019 and been dominant in his age group basically since he began competing at age 5.

Three weeks ago he won his age group in the Callaway World Championships in Temecula, Calif., cruising to an 11-shot win after shooting 5-under and closing with a 68. See scores here.