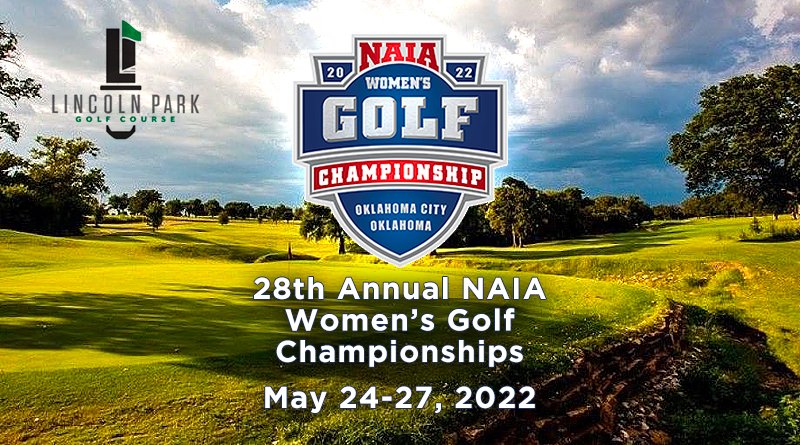 The 28th annual NAIA women’s golf championships will be contested at Lincoln Park Golf Course in Oklahoma City on May 24-27, 2022.

In 2022, the championship will return to Oklahoma City and Lincoln Park Golf Course. This is the current home for the event, which will finish its second and final year under the current agreement in Oklahoma City until it moves back for a single year in 2022.

The 26th edition of the NAIA Championships takes place May 12-15, 2020 at Lincoln Park sponsored by Paycom, OG&E and the Oklahoma City Convention and Visitors Bureau. For information on hole sponsorships and volunteer opportunities, please contact Chris Maxon, OCU associate athletic director for development at (405) 208-5431 or camaxon@okcu.edu. The Sooner Athletic Conference Championships will be April 20-21 at Lincoln Park.

In the 2019 NAIA Championships, the top nine teams matched or broke the previous national tournament record 72-hole score on May 14-17 at Lincoln Park. British Columbia captured its fifth national title and first since 2012.

The NAIA announced the next three sites for the women’s golf national championships through 2024. Ann Arbor, Mich., Oklahoma City and Quad Cities will all host the event in the coming years beginning in 2021.

“It is a huge benefit to secure multiple hosts that have experience running large-scale athletics events,” said NAIA President and CEO Jim Carr. “We’re pleased that the NAIA Women’s Golf Championship will be in good hands for the next five years.”

Ann Arbor, Mich., will play host for the event in 2021 at the Eagle Crest Golf Club. In a partnership between the Ann Arbor Sports Commission and Concordia (Mich.), the championship will be played at the home course of Eastern Michigan University.