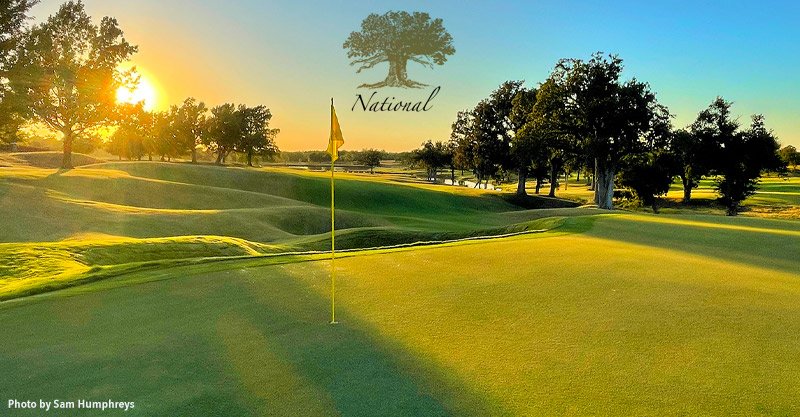 The reaction to the new TifEagle ultradwarf Bermuda greens at Oak Tree National has been overwhelmingly positive.

One caveat. Those who played opening day Saturday when the greens were heavily watered just prior to opening may be in for a different experience when they return this week.

“The reaction has been awesome, everyone thinks they are unbelievable,” said Tom Jones, the president and CEO of Oak Tree National. “Now, those who played Saturday, well they’ve gotten a lot firmer since then. But boy are they gorgeous.”

“They are really, really good,” he said. “I’ve been out here for over 30 years and they have never been better. They putted true, were firm and yet held good shots.”

Jones said that has been the refrain he’s heard from the many professionals who play out of OTN, that the greens will not hold shots from the rough but will from the fairway.

The Oklahoma Golf Association course rating team has already been out and, from the back tees, assigned Oak Tree an updated rating of 79.9 while the slope stayed at the maximum of 155. That combination is one of the highest in the country. The slope rating of 155 is the maximum allowed by the USGA. The course rating of 79.9 passes another Pete Dye course, the Ocean Course at Kiawah Island at 79.6.

However the jump from 79.3 to 79.9 in course rating was not because of the new greens, according to Jay Doudican, the director of course rating for the Oklahoma Golf Association. Rather it was more due to additional length from new tee boxes on holes 1, 5, 6 and 8. Still Oak Tree is just 7,463 yards from the tips.

Course ratings are determined from a probably antiquated standard of a scratch golfer hitting an average tee shot 250 yards. Many of the scratch or better golfers at OTN exceed that by 50 to 75 or more yards. When the course was closed, Jones asked Matthew Wolff to hit a tee shot as hard as possible from the range and it flew over the driving range net positioned 335 yards away at the back of the range, it was 50 feet in the air and cruising when it flashed by.

The eventual firmness of the new greens was not taken into account in the new rating. Doudican said only undulation and speeds are taken into account on the greens. Increased firmness is not part of the equation, but it will be for those playing what is now reconfirmed as certainly one of the most difficult courses in the country.