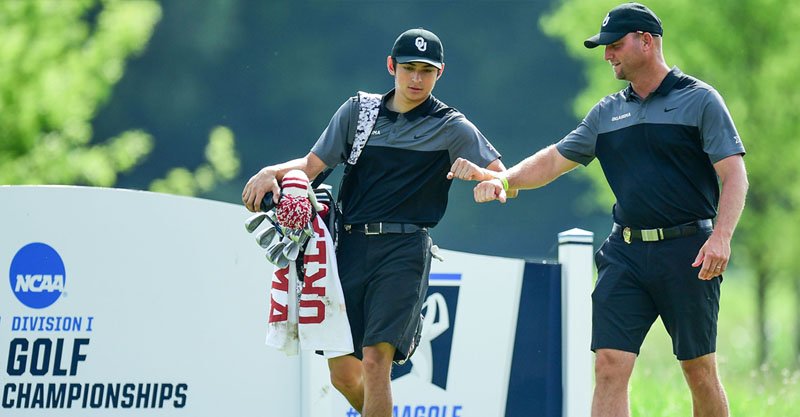 The Sooners, who finished as the national runner-up in the spring, will compete at 10 regular-season events before entering the postseason with a national-best sixth consecutive NCAA Match Play spot on their mind.

OU, ranked seventh to open the season, will open play at the Carmel Cup, which is again slated to have the toughest field in college golf per Golfweek. The tournament, set for Sept. 3-5 at the Pebble Beach Golf Links, will welcome three teams that advanced to NCAA Match Play last season.

Up next for Hybl’s team is the Big 12 Match Play Championship Oct. 11-13, which returns to the Golf Club at Houston Oaks. Led by five All-Americans last season, the Sooners grabbed third at the championship by defeating No. 2-seeded Texas in the third-place match.

For the second year in a row and third time in program history, the Sooners will close their fall at the prestigious East Lake Cup in Atlanta, Ga., Oct. 25-27. The Cup, held annually since 2015, hosts the nation’s top four teams at the legendary East Lake Golf Club. Oklahoma won the stroke-play portion of the event in 2020, defeated Texas in the semifinal, but eventually fell to Pepperdine in the championship. OU will be joined by fellow 2021 NCAA semifinalists Arizona State, Oklahoma State and Pepperdine this season.

The team resumes play in the spring Feb. 13-15 at the Puerto Rico Classic, returning to the Rio Mar River Course after the event was canceled in 2021. The Sooners finished second at the tournament in 2020, while Garett Reband fired a 207 to share medalist honors.

The spring campaign continues at the Southern Highlands Collegiate in Las Vegas from Feb. 27-March 1. The team will stay out west the following week, competing at the Men’s NIT at Omni Tucson March 18-19.

Another title defense awaits the Sooners at the Calusa Cup in Naples, Fla., April 3-5 at Calusa Pines. OU dominated the event last year, defeating a field that included the nation’s top-three ranked teams and two more inside the top 15, winning the event by eight strokes.

The regular season closes at the Thunderbird Collegiate at Papago Golf Course in Tempe, Ariz., April 15-17.

The 2022 national championship returns to Grayhawk Golf Club in Scottsdale, Ariz., May 27-June 1.

A new-look Oklahoma team is set to take the course after Quade Cummins, Garett Reband and Jonathan Brightwell all graduated and joined professional tours. Hybl and 2021 national assistant coach of the year Bill Allcorn welcome back All-Americans Patrick Welch and Logan McAllister. Adding to the team’s depth will be fifth-year transfer, 2020 Big Ten Golfer of the Year and All-American Chris Gotterup, who joins the Sooners from Rutgers. Sophomore Ben Lorenz returns to the Crimson and Cream after a breakout freshman year, and Hybl is set to welcome one of the top freshman classes in the country.