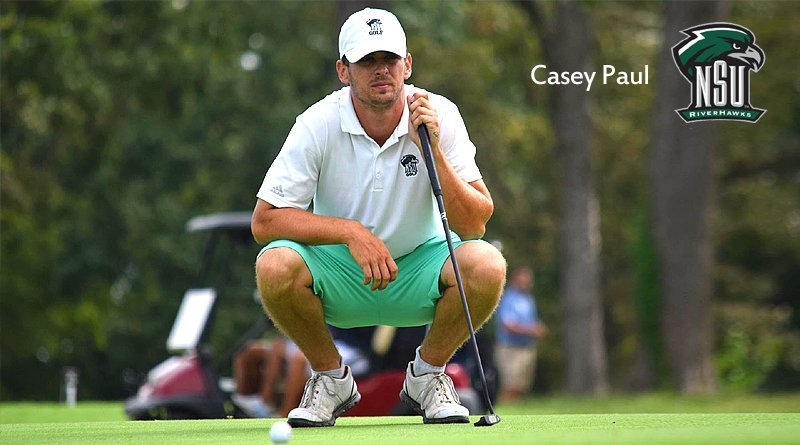 Blake Murray backed up Pennington’s 67 with a 2-over 73, while Joe Lemieux shot 77 and Jacob Lackey and Peyton Knell both had 81s. It was the final tournament of the fall season for the Bronchos.

Pennington started final-round play on No. 3 and reeled off birdies on Nos. 5, 8, 13 and 14 to get to four-under. The freshman bogeyed No. 16, got that stroke back with a birdie on the par-5 18th to get back to four-under and then parred his last two holes to stay there.

Pennington finished third in the individual standings with a one-under 212 total.

Murray opened final-round play on No. 1 and bogeyed his first hole before making four straight pars. He got back to even par with a birdie on the par-4 sixth and then was two-over the rest of the way in finishing with a 73 that left him tied for 12th in the medalist race.

Southwestern Oklahoma State hung in the top tier and tied for fifth place. In just his second career tournament, SWOSU freshman Conner Boydston shot even par over the course of three rounds with two rounds of 73 bookending a 4-under 67 in Monday’s second round to finish tied for fourth place. He was just two shots off the pace set by Central Missouri teammates Matt Hoemann and Sam Parrott, who tied atop the leaderboard as the medalists and led their team to a victory by five strokes over Washburn.

SWOSU turned in a third consecutive fifth-place finish and they now have just one fall tournament left, the NCAA Division II National Preview, which takes place next Monday-Tuesday (Oct. 14-15) in St. Albans, Missouri.

Hynes and Gomez both had an eagle during the tournament, making NSU the only team to record multiple eagles. They also had 32 birdies throughout the tournament, with Johnson and Paul both having nine. Anderson finished with eight birdies, four of which came in the second round.

With the tournament being an MIAA designated event, the RiverHawks were tied RSU as the fifth-best finishing team.

NSU will wrap up its fall schedule on Oct. 14-15 when they compete at the NCAA II Men’s National Preview in St. Louis, Mo.