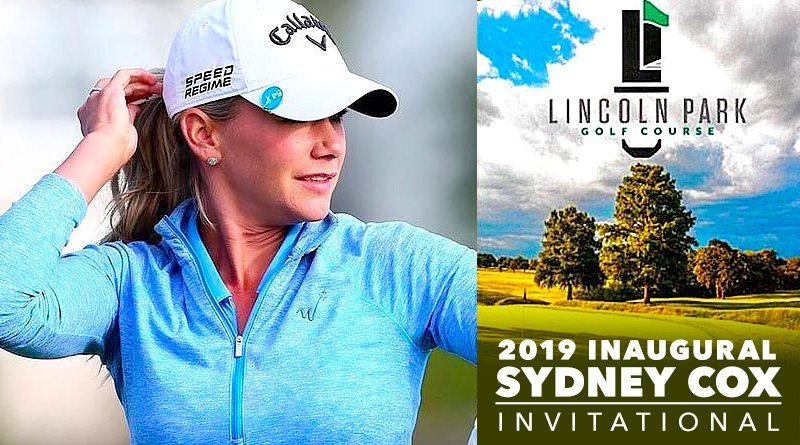 The Stars have named their fall tournament after OCU alumna Sydney Cox, who became the first women’s golfer inducted into the NAIA Hall of Fame last year. The induction ceremony took place at Vast atop the Devon Tower prior to the start of the NAIA women’s golf championships at Lincoln Park Golf Course last May.

The tournament field includes four who were included in the preseason NAIA rankings. Fifth-ranked OCU, sixth-ranked Cumberlands (Ky.), 14th-ranked Texas Wesleyan and No. 17 Embry-Riddle (Ariz.) will vie for the tournament title.

Oklahoma City tied for fourth place in the Sam Houston State Bearkat Invitational on Sept. 30-Oct. 1 in Magnolia, Texas. The Stars posted their finest finish in a tournament hosted by an NCAA Division I team since taking third in the Battle at Boulder Creek on March 6-7, 2017.

Natalie Gough topped the Stars with a 25th-place finish. Gough, Lauren Behnken and Lauryn Pritchard of OCU each finished among the top 30 in the tournament.

Gough, a sophomore from Bixby, Okla., spearheads Oklahoma City with 74.25 shots per round this season. In the Southwestern Christian Invitational on Sept. 23-24 at Lake Hefner Golf Course, Behnken and Gough matched the top round against par in OCU history by going 5 under par. Gough shot 36-31–67 in the first round en route to her first career win. Behnken, a sophomore from Tulsa, Okla., carded a 34-33–67 in the second round of the event.

The Stars turned in a 287-284–571 for the lowest 36-hole total against par (5 under) and to equal the lowest round vs. par (4 under) to win the Southwestern Christian Invitational.

Cox entered the OCU Athletics Hall of Fame as well in 2018-19. Cox became a three-time NAIA all-American while a part of four national championship teams for Oklahoma City from 2005-09. During her OCU career, Cox was a two-time NAIA Championships all-tournament performer, three-time all-Sooner Athletic Conference, two-time all-NAIA Region VI golfer and two-time NAIA scholar-athlete award winner.
Cox produced a 78.03 stroke average with four tournament victories, including the win in her college debut in the Southern Nazarene Invitational on Sept. 18-19, 2005 at Rose Creek Golf Club in Edmond, Okla. She is in the Edmond Junior Golf Hall of Fame.

Both of OCU’s postseason tournaments will come back to Lincoln Park Golf Course for the second consecutive year. The Sooner Athletic Conference Championships will be at Lincoln on April 20-21 for the third year in a row, while the NAIA Championships return to Lincoln Park on May 12-15. OCU also hosts the Susie Maxwell Berning Classic on April 6-7 at Lincoln Park.
Oklahoma City owns eight national championships won in 2005, 2006, 2007, 2008, 2009, 2013, 2014 and 2017.