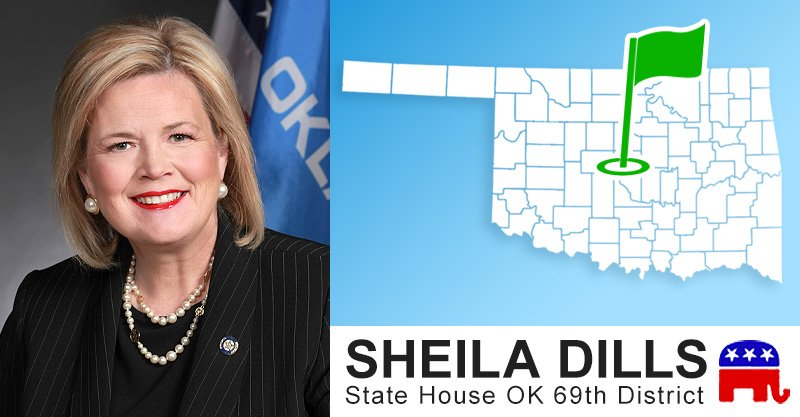 House Bill 3646 would designate the third Wednesday in June each year as Golf Day in the State of Oklahoma.

House Bill 3647 creates the Oklahoma Golf Trail Commission, which would consist of nine members that serve six-year terms and meet at least quarterly. Commission members are to create a list of 15 to 25 golf courses annually that will be listed as the official Oklahoma Golf Trail. The commission can be funded by private donations until permanent appropriations are allocated.

Both bills share the goal of stimulating economic development, enhancing tourism and quality of life in Oklahoma and attracting new residents to the state. The bills passed the House Tourism Committee and are now eligible to be heard on the House floor.

“I’m very passionate about the game of golf and the benefits it brings not only to players but to local golf course owners and the state’s economy,” Dills said. “These bills are a way to showcase the excellent courses Oklahoma has and the health and recreational benefits of this game.”

Dills has won multiple golf championships and attended Oklahoma State University on a golf scholarship. She later had a successful career on the course and in the classroom. She served seven years on the Board of Directors of the Women’s Oklahoma Golf Association and as president of the organization for four years. She was instrumental in converting the 101-year-old organization from a social organization into a 501c3 public charity.

Dills also developed successful programs such as a scholarship program for high school seniors, a grants program for underfunded Oklahoma high schools and a grass roots program to introduce young girls to the game of golf. She also served on local, state and national boards of directors, including the First Tee and the Oklahoma Golf Hall of Fame.