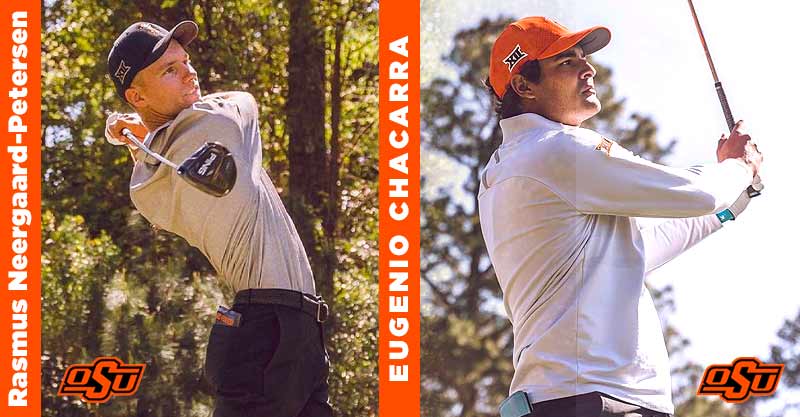 NORMAN, Okla. – Oklahoma State’s men’s golf team had a pair of players selected to compete at the upcoming Arnold Palmer Cup, with Eugenio Chacarra and Rasmus Neergaard-Petersen both being named to the International side it was announced today.

The matches will be hosted at the Golf Club de Genéve in Switzerland from July 1-3. The U.S. leads the all-time series, 13-11-1.

For Chacarra, this will mark the second consecutive year he has participated. A senior from Madrid, Spain, he posted a 4-0-0 mark at last year’s event at Rich Harvest Farms in Sugar Grove, Ill.

Neergaard-Petersen will be competing at the event for the first time.

The duo will be the 23rd and 24th Palmer Cup participants in program history.

The Arnold Palmer Cup was co-founded by Arnold Palmer and the Golf Coaches Association of America (GCAA) and began at the Bay Hill Club & Lodge in Orlando in 1997. The event is a Ryder Cup-style tournament featuring the top men’s and women’s university/college golfers matching the United States against a team of International players.