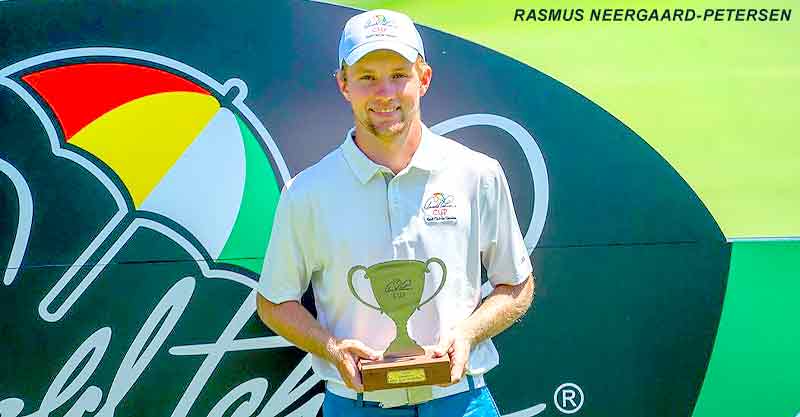 VANDOEUVRES, Switzerland – Oklahoma State’s Rasmus Neergaard-Petersen was instrumental in the International squad’s 33-27 victory over the United States at the Arnold Palmer Cup this weekend at Golf Club de Geneve.

Co-founded in 1997 by Arnold Palmer and the Golf Coaches Association of America, the event is a Ryder Cup-style tournament featuring the top men’s and women’s university/college golfers and matching the United States against a team of international players.

Neergaard-Petersen, who marked OSU’s 23rd representative in the history of the event, reeled off a 3-1 record in impressive fashion.

After losing Friday’s mixed fourball match against Johnny Keefer and Olivia Mitchell while paired with Chiara Tamburlini, 2 up, the Nivå, Denmark native would not trail again for the remainder of the weekend. Neergaard-Petersen would lead 39 of the final 48 holes over his final three matches.

On Saturday morning, he paired with Fred Biondi for a foursome match against Gordon Sargent and Cole Sherwood, registering a 1-up victory. The international duo grabbed the lead at the first, but never led by more than one. The two sides tied the next six holes before the Americans pulled even at the eighth. The Internationals won the 10th and 14th, but the Americans tied the match on both occasions. However, Neergaard-Petersen and Biondi prevailed with a par at the closing 18th.

Saturday afternoon saw Neergaard-Petersen once again team with Tamburlini for mixed foursomes against Gurleen Kaur and Walker Lee. The international duo won the first before the Americans claimed the second. The Neergaard-Petersen/Tamburlini combination would win the fifth and never trail again, adding wins at the eighth and 16th to close out a 3-and-2 victory.

Neergaard-Petersen faced off with Lee during Sunday’s singles action, tallying a convincing 5-and-4 victory. The Cowboy standout led for all 14 holes of the contest. After winning the first two, Lee won the sixth to cut the deficit in half. Neergaard-Petersen won Nos. 8, 9 and 11 to take command before closing out the victory with a win at the 14th.