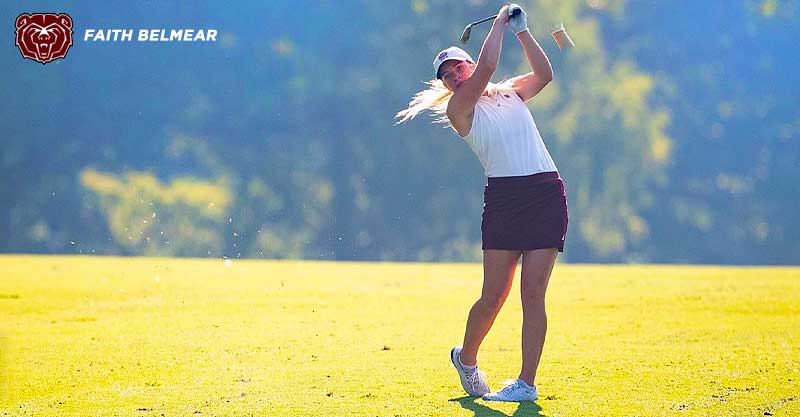 Owasso native and Missouri State golfer  Faith Belmear captured the 84th Missouri Women’s Amateur Golf Championship on Wednesday at Norwood Hills Country Club in suburban St. Louis. Tied for the lead entering the final round, the Bear senior fired a 4-under-par 67 to finish six-under for the tournament after posting 72-68 the previous two days for a 207 total for 54 holes. She is the first MSU golfer to win the title since Catherine Dolan in 2011 and ’13.

Siena Minor of Columbia, who shared the lead entering the final round, finished second at 210, while the Bears’ Kayla Pfitzner took third with rounds of 71-72-70–213, even par.

Lyla Louderbaugh of Buffalo and Grace Aromando of St. Charles tied for fourth. MSU’s Faith Hopkins of Bartlesville was the third Bear in the top 10 with 78-73-73–224.

Belmear’s victory comes on the heels of a runner-up finish by one stroke last month at the Oklahoma Women’s Stroke Play Championship. She led Owasso to the 2017 Class 6A state championship.