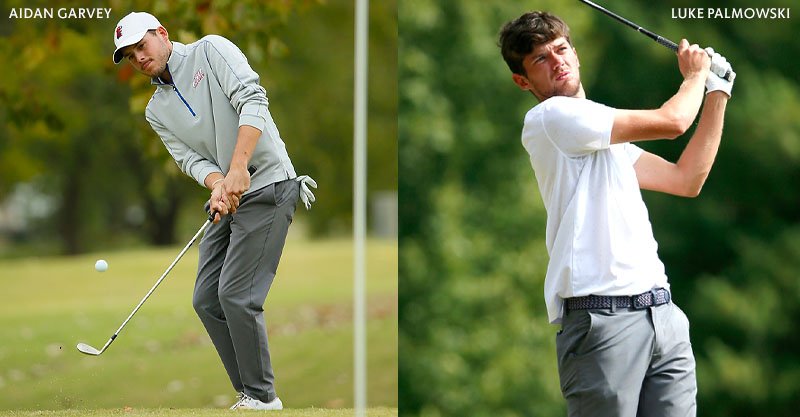 It was the second consecutive victory for Rogers State, the first time it had accomplished that feat since the 2010-11 season.

“I’m just so proud of this team as a whole,” said head coach Steve Brown. “To win a college tournament is hard, but to win back-to-back is pretty rare. When these guys play with confidence, they’re pretty fun to watch. I also have to give a huge shout out to our B team as well. They had a great result, and beat some quality teams. William Barnak played especially well, finishing in the top 15.”

After three rounds at the par 72, 6,909-yard River Course at The Club at Indian Springs, RSU finished at 17-under 847, three shots ahead of Central Missouri and seven shots clear of Henderson State.

Palmowski sot rounds of 71-68-68 to finish at 9-under 207, a shot behind individual winner JJ Zimmer of Union (Tenn.) University. Palmowski had 12 total birdies and an eagle in the tournament.

Southwestern Oklahoma State finished tied for fourth with Delta State. Leading the way for SWOSU was Heston Brown, who tied for third individually at 8-under 208 after opening with a 65. Gregor Weck tied for 10th at 4-under (72-70-70).

Rogers State’s second team tied for ninth, led by Barnack’s tie for 12th at 3-under 213 after three rounds of 71.