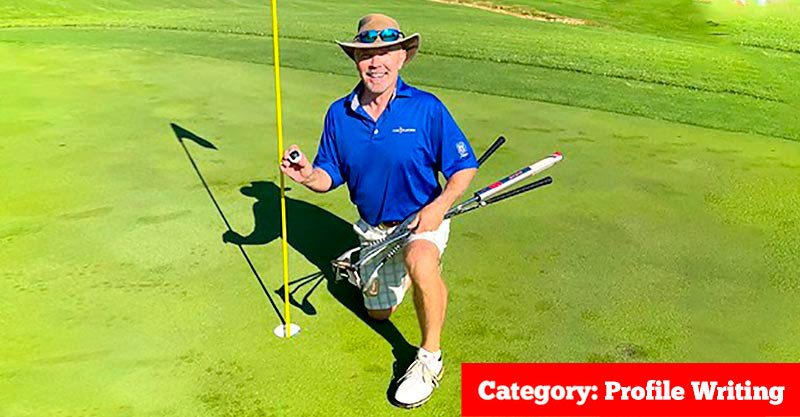 Here in Oklahoma, golfers seem to routinely defy not just those odds, but far more astronomical probabilities when it comes to aces.

First there was Brendon Strathe of Owasso making two hole-in-ones in a three-hole stretch, including the par-4 seventh hole and the par-3 ninth, in May of 2021 at The Patriot. Odds of that? 67 million to one.

Then on July 13 of this year, the father-son combination of Bill, 80, and Mark Littlefield, 56, both made their first career aces on the same day after each had played thousands of rounds without one. Odds calculated on that at 786,000 to one.

This week it was Cedar Ridge member Brad Frank doing something that very few golfers have done in the history of the game. On the long downhill par-3 13th hole, he used a 4-iron from 192 yards and watched the ball disappear.

That was cause for celebration on its own. But what made Frank’s story so rare is that he made his hole-in-one left-handed, 25 years after making his first ace as a natural right-handed player.

Frank, 66 and the CEO of Tulsa Tube Bending, is a long-time passionate and low-handicap golfer who made his first hole-in-one on No. 15 at Cedar Ridge in 1998, knocking one in from 153 yards with a 7-iron.

Unfortunately, he wore out his rotator cuff on his left shoulder in 2013. He had surgery to repair it, then it went out again. His doctor told him his golfing days were likely over.

After two years of missing the game badly, Frank had an idea. His father is a lefty and he grabbed his clubs and went to the back of the range at Cedar Ridge to see if converting would be a possibility.

He began working with Cedar Ridge teaching professional Tracy Phillips and soon began putting the pieces of a game back together.

“For six weeks I was trying to learn and I was absolutely terrible,” Frank said. “But it’s interesting, when you need to do something, you’re brain starts to figure it out.

“I was really missing the game. I missed what I used to doing and missed being with my friends.”

Maybe it helps that Frank is a good athlete with excellent hand-eye coordination and an engineer who looked at the issue and what he would need to do analytically. But slowly, he began to put his game back together. His handicap had soared from a 2 right-handed to a 23 from the left side when he rejoined his friends, but in two years he had it down to 11.

Now he has regained all of his distance on his iron shots and 85 percent with the driver and again owns a single-digit handicap, though closer to a 7.

“It’s a real credit to Brad and how hard he’s worked,” Phillips said. “The biggest thing when switching is changing the grip around, then installing that motion from the backswing to the follow through is difficult. He has good body awareness and he’s a good athlete. It’s just a pretty cool story.”

Frank said his wife made calls to the Golf Digest and the National Hole-In-One Registry and was told there were only three documented cases of golfers making a hole-in-one from each side in the last 40 years.

The odds? Who knows? Odds are it would never have happened without Frank’s dedication, passion and love for golf, and we can all fathom that.