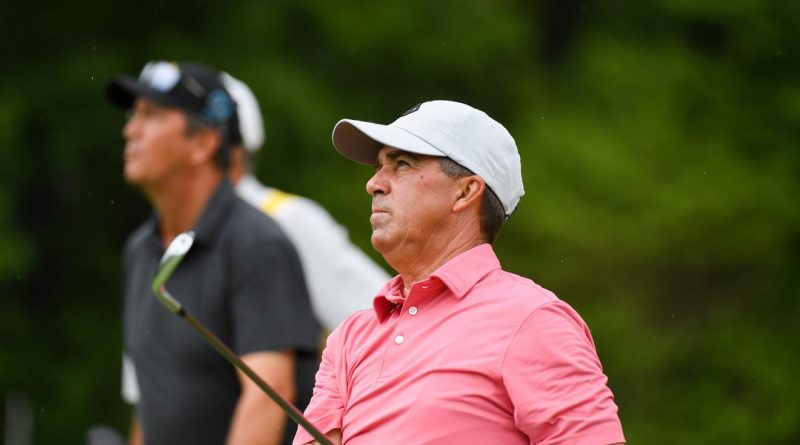 Tracy Phillips of Tulsa shot a solid 2-under 69 and Tim Fleming of Oklahoma City came in at even-par 71 in the first round of the Kitchenaid Senior PGA Championship at Benton Harbor Golf Club in Harbor Shores, Mich. Friday.

Phillips is tied for 30th, five shots behind co-leaders Bob Estes and Steven Alker, both at 7-under 64. Mike Weir and Paul Claxton shot 65. Fleming is tied for 57th. The cut will be made after the second round Friday.