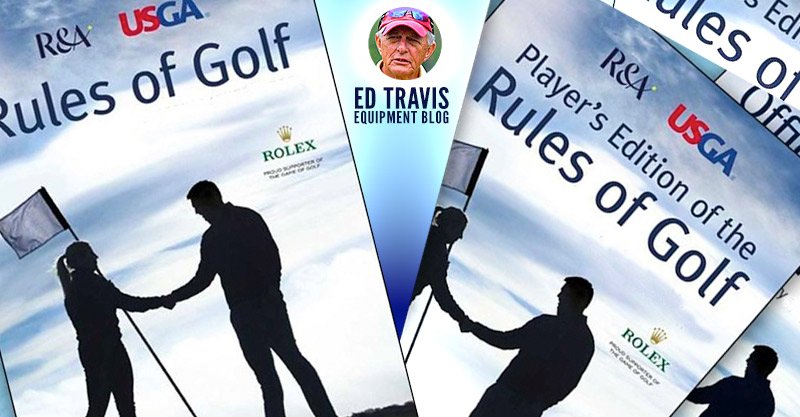 Golf’s ruling bodies, the R&A and USGA, are just steps away from dictating elite players (top amateurs and professionals) should play with equipment different from recreational golfers.

From a March 16 press release covering recent results in the Distance Insight Report, a split or bifurcation in the Rules of Golf as they apply to equipment to curb the distance the ball travels, is under active consideration. Elites will play with drivers, which are viewed as the culprit, constructed in such a way to restrict the distance the ball travels while regular golfers will be allowed drivers that in theory can hit the ball farther.

The latest part of the process has been restricting the allowable length of clubs to 46 inches and the ruling bodies have put manufacturers on notice of changes to the testing criteria for balls and clubs. Specifically, they are going to investigate the effects of moving the clubhead speed up 5 mph to 125 mph along with new standards for the ball launch angle and spin rate. The aim is to test with conditions more closely modeling those elite players are achieving, and the test results could then be applied to the standard for ball initial velocity.

The Associations’ premise is since some players are hitting tee shots farther older courses are being made obsolete necessitating more land and other resources to retain the integrity of the game. Both the facts and their interpretation have been challenged and though dissenters may have been heard, they have not been listened to.

The rules split may be a benefit to recreational players due to part of the study that could lead to the removal of a limit to the amount of rebound or MOI a club face may have. Dropping the present restrictions to MOI gives average players the potential to generate more distance without swinging faster. This is being seen as a good thing, but the gain will be minimal though none of us would complain of driving the ball a few (five?) yards more.

It seems safe to assume the decision has been made to split the Rules of Golf (the word bifurcation is totally unpleasant) into us-and-them or perhaps the haves-and-have nots. In any case, several important questions remain to be answered.

How will the classes of players, elite and non-elite, be determined? It’s not that weekend warriors will play restricted lower-performance clubs…no one wants to hit it shorter, but how will the level of skill or elite-ness be measured. By handicap? Average driving distance? Type of competition? Touring professionals only? College players? High School? Looks like a minefield of even more regulation to tiptoe through.

Will the restricted equipment rules apply only to males? Ladies have been hitting the ball farther too, but the Associations’ focus seems to be only on men, but women usually play from tees more forward so female long drivers may be causing a problem too. Segregating the Rules of Golf by sex would be a first.

Club manufacturers will have to reassess club marketing since drivers will not be “just like the ones played on Tour.” Indeed, an undeniable charm for fans is comparing our efforts with the stars though granted for some of us it may take a lot of imagination. If the rollback in distance is 10% then Rory’s 330-yard blast will only be 297-yards but done with a club that fans can’t buy so how can it be promoted? Will Callaway, Acushnet, TaylorMade, Cobra, Ping, etc., who spend millions on player endorsements, allow their business plan to be made obsolete? It will certainly bring into question the business sense of paying for star endorsements if they aren’t resulting in purchase of new clubs.

How does restricting driver performance affect club technology innovation. The quest for improved designs, materials and engineering is both expensive and time consuming and without a viable way to connect the “restricted-tech” clubs used by professionals with the new “latest and greatest” allowed for recreational golfers a whole new marketing strategy is called for.

What will be done with the golf ball for elites? “Rolling back” the ball may have been considered but discarded for now to concentrate on drivers, but ball performance changes will be another minefield not easily negotiated.

The Associations have said little regarding improved player fitness and athleticism not to mention the extensive use of computerized swing analysis. Performance gains in this area are almost sure to continue. What happens if elites’ driving distance continues to increase even with restricted equipment?

Driving distance is also influenced by course conditions such as firmness of the fairways which has also not been addressed. (A friend told me recently he felt that fairways on Tour courses rolled about as fast as the greens when he was a kid.) Elites train to take advantage of this with drivers dialed-in for the best launch angle and spin rate for the maximum carry distance and roll. Many of the courses played by the Tour have generous fairways and little rough reducing any premium on accuracy and giving distance a disproportionate role.

How will the professional tours react with this curbing of players performance? The PGA Tour is in the entertainment business and may not want to hurt their product by reducing the thrill and fan interest in long hitting by complying with the USGA and R&A. We might see certain drivers allowed in regular Tour events but not allowed in the U.S. Open or British Open. Won’t that be a mess.

The USGA, and R&A have fixed their minds on the idea the ball goes too far and not wanting to have a repeat of the debacle when they tried to ban square grooves took a roundabout path to give the impression the subject was open to debate.

This raises the larger question of USGA and R&A relevance to recreational players and our opinion of splitting the Rules of Golf segregated by classes of players or sex. The USGA and R&A are again venturing into the great unknown and it’s a void labeled “Does Anybody Care.” Their desire to turnback the clock reflects a prejudice against progress, innovation and the future and while it certainly can be bullied through the cost may be too high.