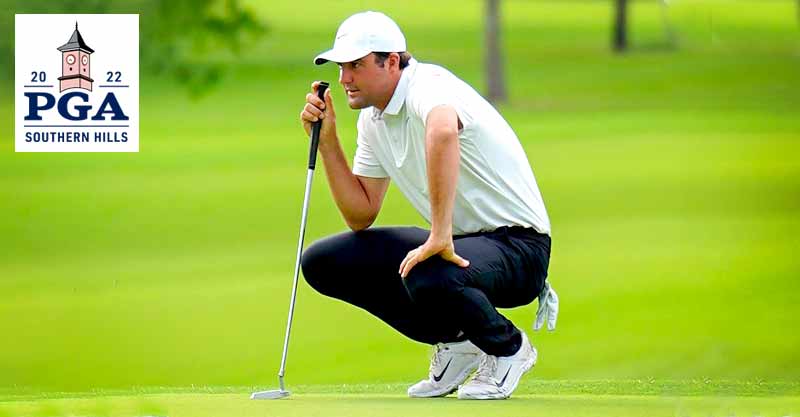 MCKINNEY, Texas – World No. 1 golfer Scottie Scheffler finished his final round at the AT&T Byron Nelson Sunday, signed all the autographs he was requested, took a dozen selfies, but didn’t waste much time looking forward to the PGA Championship this week at Southern Hills Country Club.

“I don’t know if today helped me much for the PGA, it’s two different tournaments,” Scheffler said after signing for a 69, which left him tied for 15th with a 19-under-par total of 269. A number not likely to be repeated by anyone this week at Tulsa’s Perry Maxwell master design.

“I still like playing the week before a major. It gets me in the right frame of mind. I played pretty well so I’m ready,” Scheffler said.

He won’t waste much time remembering the Bryon Nelson birdie fest this week. Scheffler plans an early Monday car ride with his agent Blake Smith to Tulsa, about a four-hour drive. He’ll check into his lodging and then head to the course.

Scheffler will likely hit some balls, chip and putt, and perhaps play nine holes depending on how he feels Monday. Then he will have full practice days on Tuesday and Wednesday and be ready to go for Thursday’s first round, likely introduced as he was Sunday as the reigning Masters Champion.

He has already had one full practice round at Southern Hills with Ryan Palmer earlier this month, shooting a 6-under 64, and called Southern Hills one of his favorite courses anywhere. He also won the Big 12 championship there while at Texas in 2015 and finished tied for sixth in 2019.

As the defending Masters champion and the only player in the field with a chance for golf’s grand slam this year, Scheffler certainly enters the PGA as one of the favorites. But he will find good friend and fellow Dallas resident Jordan Spieth getting plenty of attention as a favorite as well after Spieth  finished first and second in his last two tournaments, barely missing a playoff in Sunday’s Byron Nelson.

“We have lot of fun playing together,” Scheffler said of Spieth, who he followed at the University of Texas and played together as North Texas juniors. Both Spieth, 28 and Scheffler, 25, have been World No. 1 in their brief careers, both won a Masters title, while Spieth has added two more majors.

“I have a lot of friends on the Tour, but it’s fun to play together. Jordan and Will (Zalatoris) and I have played a lot together and we’ve glad to do it again.”

Especially when the North Texas PGA co-favorites, and their buddy Zalatoris can take their friendly game to golf’s biggest stage this week in the second major championship of the year at Southern Hills.