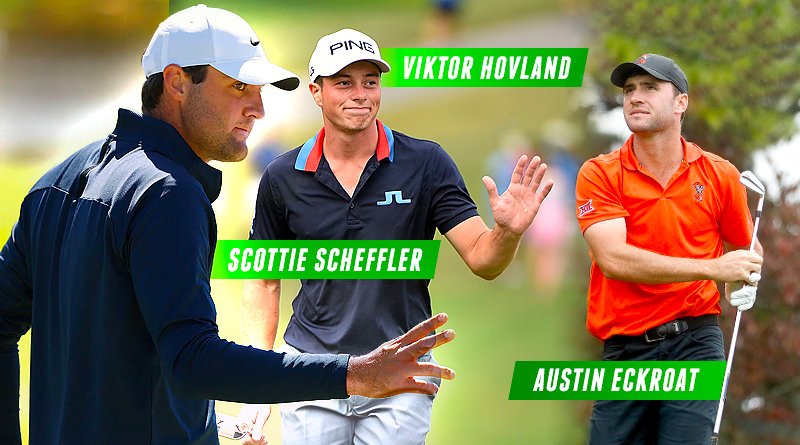 The PGA Tour may still be on hiatus and collegiate golf canceled until the fall, but some of the top players are hooking horns anyway.

Scheffler birdied four of his last seven holes to shoot a final-round, bogey-free, 5-under-par 67, one shot ahead of Zalatoris and two clear of Hovland. Tied for fourth at 4-under and low amateur was Austin Eckroat of Edmond and Oklahoma State, along with Harry Higgs of the PGA Tour.

The 54-hole tournament featured current and former players from the PGA Tour and Korn Ferry Tour as well as top amateurs and benefitted the club’s caddies, who have been sidelined because of the COVID-19 global pandemic.

With rounds of 66-74-67, Scheffler finished at 9 under 207 and one shot clear of Zalatoris, who plays on the Korn Ferry Tour and closed with a 65 following rounds of 73-70. Also closing with a 65 was pre-tournament favorite and rising PGA Tour star Hovland, who fell just short after opening with a 75. He was third, two shots back. Hovland, ranked No. 57 in the official world rankings, won the Puerto Rico Open in February.

Scheffler donated his $9,000 first-place check to Maridoe’s caddie fund. In total, the fundraising event raised more than $20,000 for the loopers, who have been out of work since late March because of the COVID-19 pandemic.

“Definitely glad to come out here and raise some money for a good cause,” Scheffler said. “There are a lot of people struggling right now, especially in our world, so it’s definitely good to come out and play, and hopefully [we’ll] get the economy going again soon.”