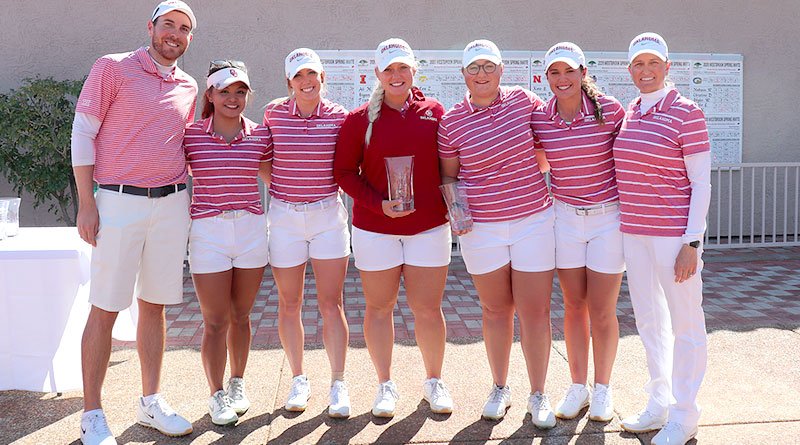 PEORIA, Ariz — Ellen Secor fired a 6-under 66 in the final round of the Westbrook Invitational to finish in a tie for second place, as the Sooners finished in second as a team at the opening tournament of their spring season.

Oklahoma led after two rounds of play on Sunday, but wasn’t able to hold off Mississippi State in Monday’s final round, who set the tournament scoring record by recording a 32-under, 832. The Sooners (-31, 833) finished one shot off the lead, but the 833 total score is the second best 54-hole team score in school history.

OU head coach Veronique Drouin-Luttrell‘s team led for most of the day, stretching its lead to three strokes at one point, but the Bulldogs closed the gap on the back nine when Ashley Gilliam fired off three straight birdies to give Mississippi State a lead it wouldn’t surrender.

“It was such a fun day and we gave ourselves a chance. I truly believe it will make us better.” Drouin-Luttrell said after the round. “I’m really proud of everyone for fighting all day. I’m proud of Ellen (Secor) for coming up in a big way as a senior. We’ll get back to Norman and start getting ready for Miami.”

Secor did come up in a big way for the Sooners, as the transfer from Colorado State had her best performance in the crimson and cream. She entered the day in a tie for fourth, and seven shots off the lead. But the Portland native came out firing, collecting five birdies and no bogeys on the front nine to put herself just two shots back of the leader heading into the back nine. She carded a 66 and finished just three strokes behind Denver’s Anna Zanusso (-16) who broke OU’s Katilin Milligan’s course record of 62, when she scored a 61 on Sunday.

Secor’s three-round score of 203 is tied with Julienne Soo for the second best tournament in program history, just four shots of Milligan’s school-record 199 set in 2018.

Joining Secor in the top 10 was Libby Winans (-8), who finished the event in eighth place after recording rounds of 64-73-71 to finish with a 208, which was also a top-10 54-hole score all-time for a Sooner. Her 17 total birdies were tied with Secor for the second most in the field and her 2.75 scoring average on par 3s was tied for the best among all golfers.

Kaitlin Milligan and Mikhaela Fortuna finished the competition tied for 19th after they both carded a 3-under, 213s. For Milligan, it was the junior’s 15th top-20 finish in her last 17 tournaments; and for Fortuna it was the sixth top-20 finish of her career.

Sydney Youngblood sunk the second most pars in the field to finish at 1-under for the event, marking the first time this season that each Sooner in the lineup finished below par.

As a team, Oklahoma tallied a tournament-high 58 birdies, eight more than Mississippi State.

The Sooners return to Norman where they’ll prepare to head to Miami for the Hurricane Invitational, scheduled for March 2-3.