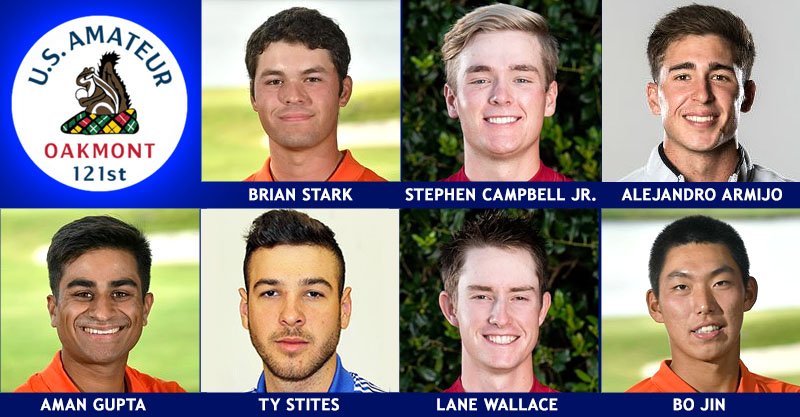 VERONA, Pa. (Aug. 8, 2021) – For the second time in three years, Oklahoma Christian will have a representative in the most prestigious amateur golf tournament in the U.S.

Alejandro Armijo, a rising junior from Rio Rancho, N.M., will become only the third active OC player to compete in the 121st U.S. Amateur Championship when he tees off Monday at Longue Vue Club. He’ll join current teammate Andres Brictson (who played in the 2019) and OC Athletic Hall of Famer (and current PGA Tour player) Rhein Gibson, who qualified in 2006.

Oklahoma State will have three players in the field. Coach Alan Bratton is serving as caddy for Aman Gupta, who made it to the semifinals in 2020 at Bandon Dunes. Bo Jin and Brian Stark are also in the field. Eugenio Chacarra qualified but is at home in Spain with an illness.

Stephen Campbell Jr. and Lane Wallace of Edmond are in from the University of Oklahoma. Former Oklahoma City University golfer Ty Stites of Sallisaw is in the field.

Armijo is one of only 312 players who qualified for the U.S. Amateur out of a field that originally totaled 7,811, the most entries since 1999. He earned his ticket to Pennsylvania by finishing second in a qualifier on the University of New Mexico Championship Course in Albuquerque, N.M., on July 6.

Each of those 312 players will compete in two rounds of stroke play – one at Longue Vue, the other at historic Oakmont Country Club in nearby Oakmont – on Monday and Tuesday before the field will be cut to 64 players for match play, which will run from Wednesday through Saturday. Oakmont has hosted multiple U.S. Amateur and U.S. Open Championships through the decades.

“Alejandro will have the opportunity to test himself against the best amateur golfers in the world this week on one of the hardest courses in America,” OC coach David Lynn said. “We are excited for him and rooting him on to have a great week.”

For his two stroke-play rounds, Armijo will be grouped with Louisiana State senior Trey Winstead of Baton Rouge, La., who’s No. 40 in the current World Amateur Golf Ranking, and William Mitchell of Atlanta, who qualified for the U.S. Senior Open, played last month.

The 2018 champion, former Oklahoma State star Viktor Hovland, is a rising star on the PGA Tour.