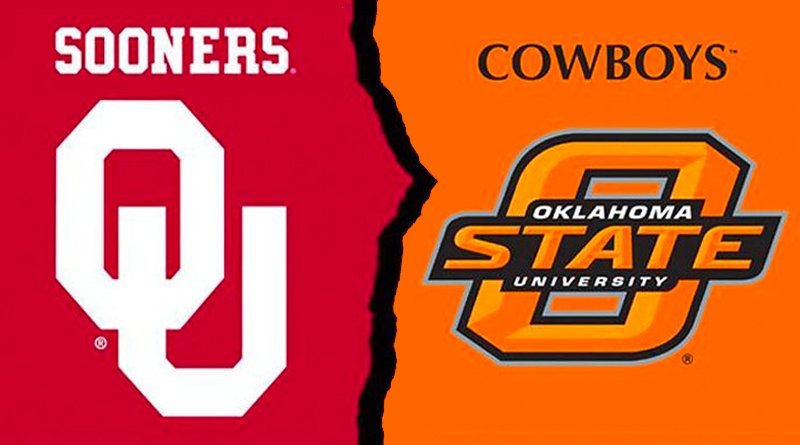 Houston, Texas – They didn’t meet when Oklahoma won the 2017 national championship or when Oklahoma State prevailed in 2018. They were both in the final eight again in 2019 but Texas spoiled the party by knocking both teams out.

This Saturday, however, there will be Bedlam.

Oklahoma State and Oklahoma will meet in the third round of the Big 12 Match Play Championship Saturday morning at Houston Oaks. The tournament gets under way Friday with two rounds of matches.

The match may one day take place on semi-equal footing in the NCAA Championship, but early in what is a rebuilding year for OSU, the Sooners must shoulder the favorites mantle. The Sooners are seeded second behind Texas Tech while Oklahoma State is the No. 6 seed.

In its second year of existence, the event will take place Friday through Sunday at the par-71, 7,007-yard layout. OSU will take on No. 3 seed Baylor on Friday morning before having the afternoon session off. The Cowboys will play a pair of matches on Saturday, facing second-seeded Oklahoma during the morning round and No. 7 Kansas on Saturday afternoon. Head coach Alan Bratton’s squad will take on No. 10 Kansas State Sunday morning to conclude pool play. Sunday afternoon’s matches will be determined by the results of pool play.

Each lineup will consist of six players with the teams having the ability to make a substitution. The Cowboys will travel senior Ferdninand Müller, junior Austin Eckroat, sophomores Aman Gupta and Rasmus Neergaard-Petersen as well as freshmen Hazen Newman, Brian Stark and Rayhan Thomas.

The Sooners will begin session one matched against Kansas on Friday morning at 8 a.m. from holes 10-11-12. They will wrap the afternoon in session two against Kansas State at 1:30 p.m. from holes 10-11-12.The Sooners will send seniors Quade Cummins, Thomas Johnson and Garett Reband, sophomores Patrick Welch, Blake Lorenz and Logan McAllister along with freshman Jake Holbrook to the event.

The Cowboys, rated No. 1 in the country last year, finished fourth in the event’s debut, showing the uncertainty of match play. Matches begin at 8 a.m. (CST) each day. Live scoring will be available at golfstat.com.

This is the second year of the event as the Big 12 was the first conference to host its own Match Play tournament in 2018, utilizing the format that determines the NCAA Men’s Golf national champion.

Teams are ranked and seeded 1-10 based on Big 12 coaches’ rankings. The tournament will be played over three days consisting of Pool Play for two-and-a-half days (five sessions) followed by a Final Round the afternoon of day three. Match Play will be conducted during all rounds.