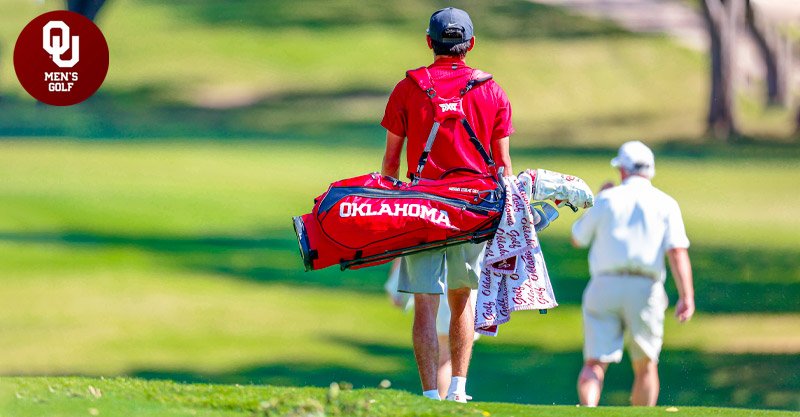 St. Simons Island, Ga. – In a tournament that came down to the final hole, the Oklahoma men’s golf team finished as the runner-up at the inaugural Frederica Cup on Thursday, falling to No. 1 Vanderbilt by three strokes. The entire OU lineup set career-best scores and finished inside the top 20, highlighted by freshman Jase Summy and sophomore Drew Goodman, who shared fourth.

No. 9 Oklahoma (-66) sunk 94 birdies in the six-count-five, 54-hole tournament held at Frederica Golf Club on the Georgia coast. When adjusting the Sooners’ six-man lineup to the traditional five-count-four lineup, Oklahoma set a new school record vs. par, firing a 61-under with four counting scores each day, breaking the previous record of 59-under, which was set at last year’s Puerto Rico Classic.

“What a dogfight that was,” head coach Ryan Hybl said after the round. “Our guys went out and competed with some really great teams, and I couldn’t be prouder of them. It was a birdie-fest all week long, and our guys kept showing up in big moments.”

The Sooners entered Thursday’s final two strokes behind the top-ranked Commodores but quickly erased the deficit when Goodman birdied his first two holes to move himself and the Sooners into the top spot. With two of the nation’s top teams trading birdies, Oklahoma later erased a three-shot deficit later in the round and took the lead when Patrick Welch birdied the 15th to give OU the advantage. Jaxon Dowell and Jake Holbrook added birdies of their own to build the Oklahoma lead to three before Vanderbilt got hot down the stretch. Eventually, the Commodores got two birdies from Cole Sherwood to deliver the win.

Summy (T4, -15) was sensational in his college debut. The freshman fired an even-par 72 (E) in round one but played his final 36 holes 15-under par and bogey-free to post the best freshman debut in program history in terms of score and placement.

“Jase is just a really good player,” Hybl said. “We all know the type of player he is and for him to come out and deliver like this is really cool, but not a surprise. His game his ready and so is he, and he showed that over these last two rounds.”

Young players continued to shine for the Sooners as Goodman (T4, -15), a sophomore, shared the top-five spoils with his teammate. The Norman product signed for a 70 (-2) in the final round but opened with five birdies in the first seven holes to cement a spot in the top five.

“Drew puts in so much work and he’s going to have a really good year,” Hybl added. “He’s a special player, but he has worked so hard on his game and it’s good to see that pay off. We’re excited for what’s to come for him.”

Redshirt senior Patrick Welch (T7, -14) reminded the nation why he is a three-time All-America honorable mention, posting the fifth top-10 finish in his last nine events. Tallying just one bogey on the day, Welch fired off four birdies to finish the tournament with a 69 (-3). In 2022 alone, Welch has fired three 54-hole scores of 202 (-14).

Jake Holbrook (T19, -7) was solid on Thursday, signing for a career-best 66 (-6) to move into a tie for 19th, the second-best finish of his career. The redshirt junior used eight birdies on the day to erase a pair of bogeys and give Oklahoma its second-lowest round of the afternoon.

In his return to the lineup, sophomore Jaxon Dowell (T19, -7) rattled off four birdies and an eagle over his last seven holes to move into the top 20. His 209 (-7) matched his career-low 54-hole score, set last year at the 2021 Colonial Collegiate.

The Sooners tee it up next at the Inverness Intercollegiate in Toledo, Ohio, a 54-hole event slated for Sept. 25-26.