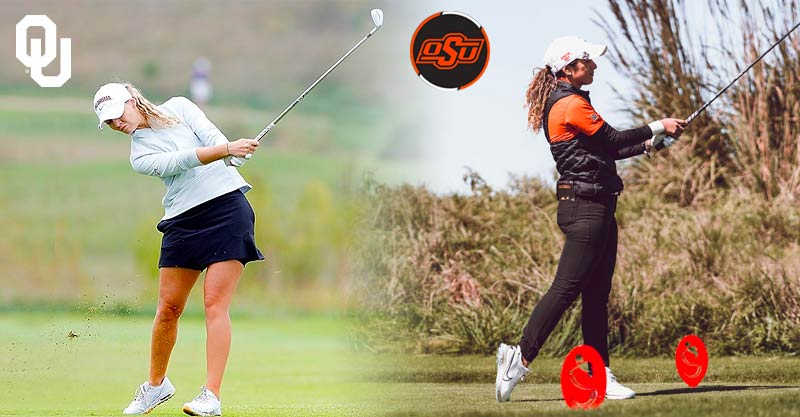 Oklahoma fired a 5-over, 285 on Monday, the second-lowest final-round score in the field to move up four spots on the leaderboard. It’s the Sooners’ best finish since the event’s inception in 2013, when head coach Veronique Drouin-Luttrell’s team also finished in second.

“We had a really good final day and posted our score early, which helped us because the conditions got tougher later on,” Drouin-Luttrell said. “This weekend was a great example that every shot counts. Hannah Screen had a really solid week; she played consistently and it was a great start to her Sooner career.”

Screen led the Sooners in her OU debut, finishing T6 after carding a pair of 1-under 69s to bookend the tournament. The junior played exceptional on par-fives, scoring an average of 4.56, the third best mark among all players. Her nine birdies were the most among the Oklahoma golfers.

“I just focused on one hole at a time today,” Screen said after the round. “I stayed committed in the wind because the conditions were so tough. I also just tried to really enjoy it and have fun out there with my team.”

Joining Screen inside the top 20 were Libby Winans and Maria Fernanda Martinez, who finished in 15th and 19th respectively. For Martinez, it’s the sophomore’s first top-20 finish as a Sooner as she was a model of clean golf, collecting a team-high 38 pars across the 54-holes. Winans sunk eight birdies, including four in Monday’s final round to sprint up the leaderboard and notch her ninth top-20 finish in 18 events.

“This week, I just felt that my game was really consistent,” Martinez said. “I tried to stay concentrated and focused on my game despite the tough weather that we had.”

Rounding out the OU lineup was Kaitlin Milligan (220, +10), who shot a 73 on Monday, nearly two strokes below the field’s average, to move into a tie for 27th. Ellen Secor carded a 227, +17 over 54 holes and sunk a birdie on the ninth hole to start turning the Sooners’ momentum.

Baylor (833, -7) won the event after being led by co-medalist Gurleen Kaur, whose score of 67 on Monday moved her into a tie for first. Kaur was joined in the winner’s circle by K-State’s Reid Isaac.

The Sooners now turn their focus to the Betsy Rawls Invitational, slated to play on Oct. 10-11 at the UT Golf Club in Austin, Texas.

Isabella Fierro had a top 10 finish for Oklahoma State. Fierro led the Cowgirls to a 293 on the day to finish with an 872 for the tournament and a seventh place finish as a team. Fierro finished in a tie for seventh place with a 2-under 212 and 2-over par, the first top-ten finish of her sophomore season and the fifth of her career.

OSU surged during the second round and were tied for sixth place when play was postponed due to high winds. The Cowgirls played 24 holes in blustery conditions on Monday.

Freshman Rina Tatematsu had her strongest performance of the tournament during the second round with five birdies and finished 1-under par. In her first appearance for the Cowgirls she finished in 15th place at 7-over 217.

Lianna Bailey finished the tournament at 16-over 226 and in a tie for 43rd place, while Hailey Jones finished in a tie for 29th place with an 11-over par 221. Angelica Pfefferkorn had a strong first appearance as a Cowgirl, and finished in tie for 40th with a 15-over 225.

The Cowgirls will return to action on October 10-11 at the Betsey Rawls Longhorn Invitation in Austin, Texas. Reigning individual champion Isabella Fierro will lead the Cowgirls in their second tournament appearance of the fall season.