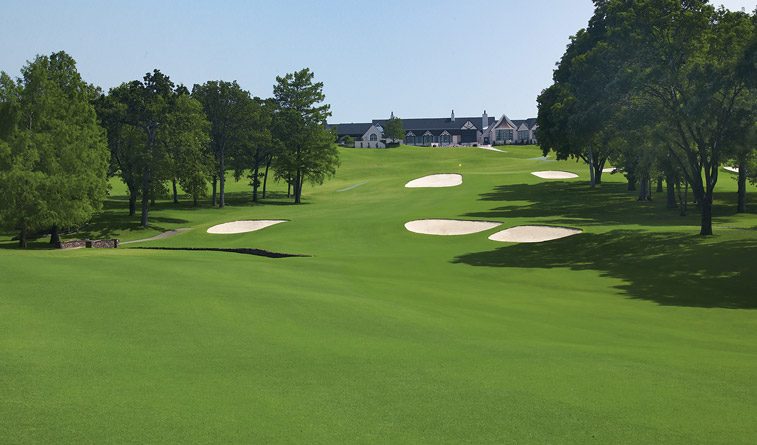 Southern Hills Country Club in Tulsa will launch a $19 million facility renovation in 2018 which will include a thorough renovation of its championship course and practice facilities including a new short game area and an indoor teaching facility for the first time at the historic club.

The on-course renovations will be done as part of a master plan submitted by noted golf course architect Gil Hanse with the overriding theme being to restore and honor the original 1936 layout by architect Perry Maxwell as closely as possible while accounting for changing in modern technology and the game.

The upgrades at Southern Hills, however, are not a direct reflection of the upcoming championships, said Nick Sidorakis, general manager.

“The decision was made to fold in a master plan on the golf course with the complete facilities upgrade plan we had been working on and do it all at one time,” Sidorakis said. “The changes keep us relevant as a premier country club for our members. The championships are secondary and it’s just great that the timing works.”

On the course, the upgrades will include:

• Rebuilding each of the club’s estimated 85 bunkers with new liners and in a style more reminiscent of Maxwell’s original slightly more rugged looking bunkers rather than the clean-edge saucer shapes on the course today.

• Rebuilding of every tee box on the course. Many will be in same areas but built to fit better into the existing landforms and not as noticeable. Additional distance will be captured in a few instances, for example a tee box to the west of the 12th green for the par-5 13th that will considerably lengthen that hole from the championship tees. The fierce closing 18th hole will also be lengthened by some 40 yards with a new tee.

• All 18 greens will be cored out and rebuilt after installation of a hydronics system, a series of flexible tubing just below the root surface that allows for the pumping of warm or cool water to raise or lower the temperature of the green surface.

Myers said the system can lower the surface temperature as much as 17 degrees, a huge benefit for bent grass greens in the months of July and August, particularly.

“Studies how the ideal months for growing bent grass are June and September, and the average temperature difference in the soil between those months and July and August is 5-to-7 degrees,” Myers said. “So you can see how much benefit you can derive from adjusting the temperature just a few degrees.”

Myers had the system installed at Los Angeles Country Club, where he worked from 2010-16 after his first stint at Southern Hills from 2006-10. He saw first hand how well it can work and during his tenure there Los Angeles CC was selected to host this year’s Walker Cup and the 2021 U.S. Open.

The greens will be rebuilt using a new bent grass variety on their existing locations using mostly existing contours except for No. 7, which will move back some 40 yards and be hard against a creek. That hole will still require pin-point accuracy on the tee shot.

The creek that meanders through the property will wind its way in front of the 17th green as it did decades ago, giving pause to bombers who try to drive the green on the short but dangerous par-4. It will also go completely across the 18th fairway in the bottom of the landing area where it is now only partially exposed, and will come back above ground on the 10th hole at the end of an expanded expanse of fairway which will provide a few new options and considerations on that tee shot.

On the long par-4 second hole, a second fairway option to the left will be restored necessitating the removal of some 14-15 trees. There will also be a restored landing area on the left on 17 and other subtle changes throughout the course.

The changes will add nearly 300yards to Southern Hills’ championship tee distance and it will now stretch to 7,500 yards at a par of 71. Pure length, of course, has never been the course’s primary defense, rather the accuracy and strategy required by the undulating fairways and greens.

• A new state-of-the-art irrigation system will be installed.

• All current cart paths will be replaced and many shifted to become visually unobtrusive.

• The complete renovation of the practice facilities, cart barn and staging areas, including the new indoor facility.

These changes have many of the club’s 950 members truly excited. The indoor facility, long overdue at a club of Southern Hills’ stature, will have four bays with TrackMan, golf simulators, SAM Puttlab, V-1 Coaching System, and custom fitting.  Southern Hills will hire a director of instruction once the facility is complete.

Outside the lab, the changes to the practice facilities will be extensive, with the addition of a new short game area that will replicate three of the greens on the course. The current range and putting green will be rebuilt. The entire area west of the current pro shop including the cart and bag storage building, golf parking lot, staging area for the first tee and all current practice facilities will be renovated and shifted to ease the current congestion around the first tee.

“For us as a premier country club and championship golf facility, the construction of the indoor facility and the new short game area with the renovation of the driving range and practice putting green will catapult our golf program to the highest level,” Sidorakis said. “If you’re a golfer, you could spend all day out there just chipping, pitching, putting  and working on various shots. And I’m sure a lot of members will.”

In addition to all the course improvements, Southern Hills will be updating its men’s locker room, renovating the Snug Harbor restaurant, resurfacing its eight outdoor tennis courts and the tennis patio area.

The West Nine will remain open during construction and members will be afforded reciprocal playing privileges at premier clubs in and around Tulsa.

Hanse, who designed the course used for the recent Olympic Course in Brazil, has acquired a reputation as a master at restoring and renovating courses from the co-called golden age of architecture as well as a first-rate designer of new courses that honor the early designers. His latest design recently opened at Streamsong Resort in central Florida, where his Streamsong Black joined earlier courses by Tom Doak  as well as Ben Crenshaw and Bill Coore.