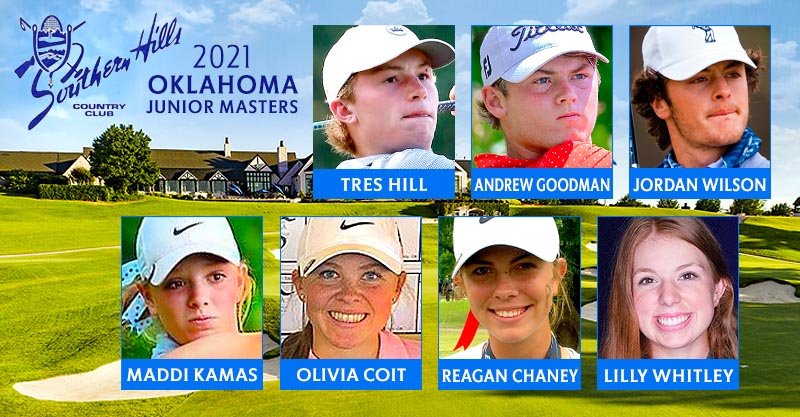 Many top Oklahoma junior golfers will be competing in one or both of two big events in Northeastern Oklahoma.

The All State games are today at Cherokee Hills in Catoosa. The games pit teams of seniors voted on by the coaches from the eastern and western halves of the state against each other in two-person matches.

Today is also the practice round at Southern Hills Country Club for the Southern Hills Junior Masters, an 18-hole invitational Tuesday for Oklahoma’s elite male and female juniors.

This is the second year for the event. The inaugural event included college players as many schedules were curtailed by the pandemic in 2020. This year the event is for high school players and those who just graduated and will be entering college this fall. The invitations were awarded based on rankings on the Oklahoma Junior Golf Tour as well as national rankings.

While some top players are missing due to schedule conflicts (Tulsa commit Jenni Roller is competing this week in the Junior Girls PGA Championship and Oklahoma commit Raychel Nelke in an AJGA event in Branson, for example), it will be a strong field that tees off from 9:10 to 12:10 Tuesday. See the full field below.

Oklahoma City University signee Tres Hill of Elk City, who last week won the 2021 OGA State Amateur Championship, will play in the final group with Jake Hopper of Norman, a University of Oklahoma commit, and William Sides of Tulsa, a Southern Methodist commit just returning from competing in the U.S. Junior Amateur Championship.

The penultimate group includes OU signee Andrew Goodman, who reached the second round of match play at the U.S. Junior, Oklahoma State signee and 2019 State Amateur Champion Jordan Wilson of Edmond, and Holland Hall star Drew Mabrey, who can draw on his experience as a Southern Hills member to negotiate one of the nation’s most demanding championship courses.

Ryder Cowan and Mesa Falluer, two of the most highly-sought uncommitted players in the state, are also in the field.

That’s the kind of talent throughout the lineup that will be tested by the site of the 2022 PGA Championship.

Cozby’s son Banks is one of the competitors this year. Last week he won a regional qualifier for the Notah Begay III Junior Championship with a second-round 64 at Firekeeper Golf Course in Mayetta, Kan. Cary caddied for Banks, just as Banks caddied for his father in the Senior PGA Championship in May at Southern Hills.

Cary said Southern Hills is committed to hosting the junior event at least through 2022 after which time the club will evaluate.