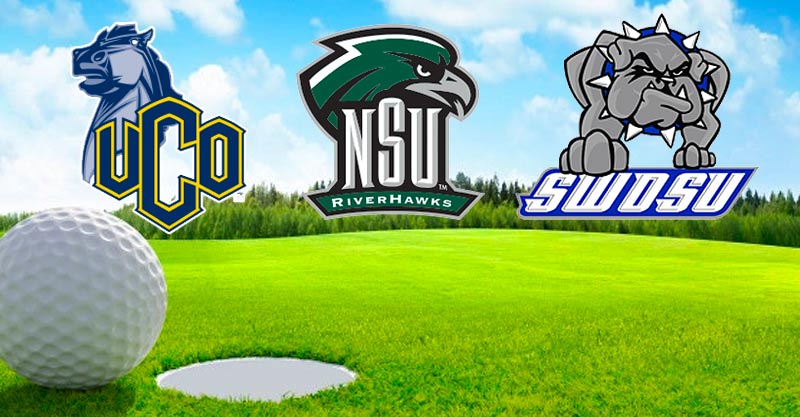 CABOT, Ark. – Southwestern OSU played its first tournament of 2021 on Monday-Tuesday, competing at the Natural State Classic, where it tied for third with Northeastern State University against a quality field of regional opponents.

Missouri – St. Louis won the event at 5-over, followed by Arkansas Tech at 25 over. SWOSU and NSU tied at 45 over, three shots ahead of Rogers State and Central Oklahoma, who tied for fifth at 48 over. Oklahoma Baptist placed 10th, Southern Nazarene finished 15th and Northwestern Oklahoma State finished 16th.

Megan Brown led the way for SWOSU, placing 16th in her first tournament as a Bulldog at nine-over par, two shots ahead of her teammates Mikaela Rindermann and Georgia Miller, who tied for 20th place at 11-over. Zoe Morton had SWOSU’s final score in the first round with a 77, but was four shots higher on Tuesday and finished tied for 30th. Anna Marksa was the fifth and final competitor for SWOSU at the event and she tied for 46th place.

SWOSU Women’s Golf returns to action next Monday-Tuesday, March 8-9, at the Diffie Ford Invitational hosted by Southern Nazarene in Edmond. Northeastern State shredded 13 strokes Tuesday and climbed up the leaderboard to finish tied for third place.

The RiverHawks placed two inside the top-10, with Aitana Hernandez pacing the team with a 150 (77-73) and finishing in eighth.  Kaylee Petersen was tied for ninth overall, one stroke back of Hernandez, shooting a 75 and 76.

Freshman Yasmin Hang hung onto an under-par score for most of the day and finished with one-over 73 for the day.  Hang fired off a team-high four birdies Tuesday and finished in 21st overall.

The RiverHawks will have a quick turnaround to their next tournament and head to Las Vegas for the Desert Classic this upcoming weekend. Olivares recorded a 1-under-par 71 and O’Dell closed with an even-par 72 as the Bronchos knocked 30 shots off their first-round score in moving up five spots in the team standings.

UCO shot a final-round 297 – the second-best score of the day — to finish at 624. Olivares’ 71 led the way, with O’Dell right behind with her even-par round. Emma Shelley contributed a 75, while Sydney Roberts shot 79 and Mika Ramos 85. Emily Miller had a 75 competing as an individual medalist

Olivares started the day with eight straight pars and then birdied the par-3 ninth to make the turn at one-under 35. The second-year freshman offset a 15th hole bogey with a birdie on No. 17 to finish off the 71 that enabled her to tie for 11th in the individual standings with a 152 total.

O’Dell carded three front-nine birdies in making the turn at two-under 34, but double bogeyed No. 15 and bogeyed No. 17 to drop to one-over. She finished with a birdie on the par-5 18th hole to finish even and tied for 15th at 153.

The Bronchos will be in Edmond next week, playing in the Diffee Ford Invitational that will be hosted by Southern Nazarene at KickingBird Golf Club March 8-9.