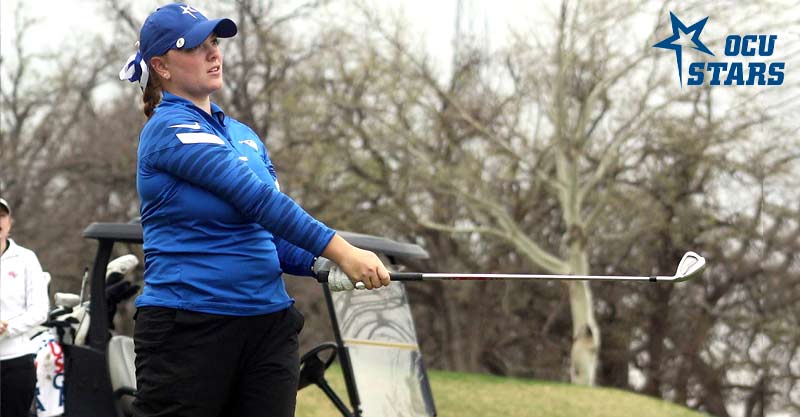 Kamas delivered a 71-73–144 to lead the individual standings by two strokes. Kamas, a freshman from Kingfisher, Okla., knocked in five birdies. Kamas reeled in one of four under-par rounds in the early round.

Gough, a senior from Bixby, Okla., came through with a 78-68–146. Gough closed out the day by playing the final nine holes at 2 under par to shoot the top round of the day in the second round. Gough led the field with six birdies and the only eagle of the tournament on the par-5, 469-yard 15th hole.

The final round gets under way 8 a.m. Tuesday at The Territory Golf & Country Club.