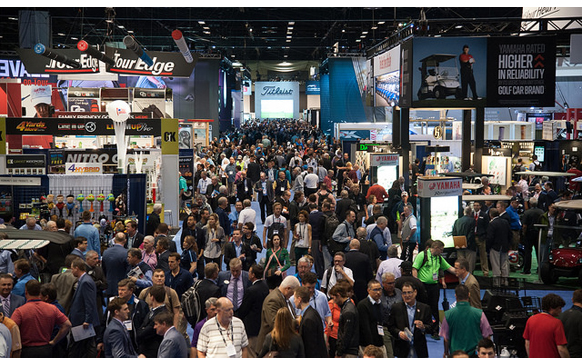 Each year Jim Koppenhaver, President of the industry consulting firm Pellucid Corp., and Stuart Lindsay also from Pellucid, make a presentation on their view of the state of the golf industry for those attending the PGA Merchandise Show in Orlando.

This year Koppenhaver and Lindsay talked about industry trends and several plainly stood out with the most apparent being the doubling in the past ten years of the number of golfers over the age of 65 (65 to 74), from just over 1.5 million to more than 3 million.

Add to that the number of players between 55 and 64 went up 15 percent while those between 18 and 54 dropped by 40 percent and the picture of an aging golf population is clear.

The over 55 group play about 30 rounds annually while the “youngsters” average between 13 and 18 rounds. However, this may cause a problem for courses since even though there are more senior rounds they are often at discounted “senior rates” which can negatively impact revenue.

Overall participation continues the well documented multi-year decline and the number of golf courses is still shrinking about one percent per year so it is no surprise the equipment business is still contracting and Pellucid forecasts for 2016 total equipment sales will be lower by a high single digits percentage.

On the positive side, information from the National Golf Foundation shows even though participation over the past 10 years is down to 24.1 million, this is the same number of players as 25 years ago. The number of core golfers has actually increased slightly in that time as well. In other words the bump in participation attributed to Tiger Woods’ popularity has subsided leaving a major segment of the U.S. population still playing golf.

Another well-known industry consulting firm, the Sports and Leisure Research Group, asked golfers the impact of: Nike Golf’s closure of their equipment business, the Acushnet Company public stock offering, Dick’s Sporting Good purchase of the assets of the bankrupt Golfsmith and the possible sale of TaylorMade–adidas golf. They found these much publicized events had almost no impact on golfers’ attitudes, though certainly some member of the media played them up.

SLRG also has found the number expecting to play more in 2017 continues to be strong and over 80 percent of golfers expect to spend the same or more on equipment this year.

A sometimes overlooked trend is how product introduction cycles have been stretched out by club companies, helping both retail inventory control and to place more emphasis on new models in the minds of consumers. Plus, who can ignore the double digit sales growth of custom fitting centers and retailers such as PGA TOUR Superstores and Dick’s Sporting Goods opening new locations at a steady rate. The phenomena of golf entertainment complexes such as TopGolf, FlyingTee in Tulsa and the soon to open Drive Shack partially backed by TaylorMade Golf are attracting thousands who have never actually been on a golf course.

Also significant for golfers and golf courses is the continued use of online third party tee time vendors by golfers. In addition to some smaller companies, the big two fighting for share in what seems to be an expanding market are GolfNow backed by Comcast/NBC/GolfChannel and TeeOff.com, a partnership of EZlinks and the PGA Tour. They have been joined by the recent entry of Golf Pipeline who has partnered with CBS Sports Digital. GolfNow and TeeOff.com sell tee times for which they receive a commission and tee times they have obtained by barter as payment for their marketing service. Golf Pipeline says they will be strictly commission based.

It is apparent this market, though producing lots of revenue for the third party vendors, (presumably the reason Golf Pipeline and CBS entered the market) may not be the answer for golf courses. The use of third party vendors by courses means to some degree loss of control of their tee sheet plus depending on the mix of commission and barter their share of the revenue is uncertain.

So what happens next?

Always a good question and after the close of the PGA Merchandise Show a distinctly upbeat mood seemed to prevail. On the other hand that is the case after almost every Show, even those at the depth of the “Great Recession” of a few years ago. When questioned about the volume of orders written during the Show and recognizing none of the companies asked would reveal actual numbers, all said both interest from buyers and orders was good. Anecdotally, one manufacturer of club covers said in amazement he had taken sufficient orders to tie up his entire production for the next nine months.

We will continue to follow the story as it evolves including other factors such as the effect of continued U.S. economic growth, marketing efforts to underrepresented groups of potential golfers and the move to the use of more on-course technology