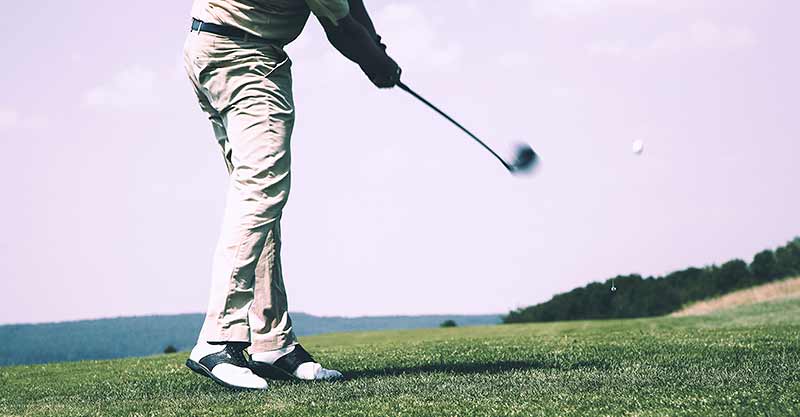 There is a strong bond between the Sooner State and the sport of golf, which often flies under the radar for many people. We we’re going to have a run down of some of the best golfers to have come out of Oklahoma to prove exactly what we’re talking about.

Kicking off our list of the best golfers to come out of Oklahoma is 27-year-old Blake Adams. Adams was born in Bartlesville back in 1975 – albeit he quickly moves out of the state as his family moved 1,600 kilometers east to Georgia.

A string of fitness issues hampered Adams as he attempted to break into the big time before earning a place on the PGA Tour in 2010 where he’s once made the top 10. He’s also bagged a top 25 finish with that honor also coming in the US open

Ralph Terry might be a name that conjures up more images of the baseball diamond owing to his career in the MLB where he was named an All-Star in two consecutive years as his Yankees side scooped back-to-back World Series.

Despite that glittering career, the sportsman in the Big Cabin born Terry couldn’t give it up and he turned his hand to gold. Terry might have taken to the golf course late, but it didn’t hamper his output; he still managed to play four events on the full PGA Tour whilst he won several ‘lesser’ events.

In March this year, Terry sadly passed away at the age of 86.

If the two names mentioned to this point have flirted with the elite of the golf world, then the inclusion of Jimmy Walker, who hails from Oklahoma City, is stepping things up a notch. Walker turned professional over 20 years ago and he’s spent time in the world’s top 10 since that time having ranked 10th back in 2015.

With six PGA tour wins alongside triumphs in the European Tour and Korn Ferry Tour and being named Player of the Year in the Nationwide tour in 2004, where he also collected more winner’s money than anyone else, it’s fair to say he’s done more than alright for himself. With Walker still active in the golf game right now, you can check out his odds for future events on this page.

We now move on to another Oklahoma City born golfer in the shape of Jack Grout. Grout spent more than two decades on the PGA Tour competing in the thirties, forties, and fifties whilst we actually turned pro in the twenties.

Across that time, he racked up four professional wins. Despite that, the Grout is perhaps better known for his golf coaching career. Grout tutored a number of elite level golf players but, without question, the most famous to be taught by him was Jack Nicklaus.

With all of that considered, few would dispute that Grout fully deserves his recognition amongst the World Golf Teachers Hall of Fame.

Anya Alvarez, 33, has been playing golf for 28 years now having first picked up a club at the age of just five-years-old. It was as a child where she first started making waves too as she won the 13-16 age category at the PGA New Mexico Tournament in 2000; for those not picking up on the maths – she was just 11 at the time!

Impressing on the national scene became part and parcel for Alvarez during her youth as she ranked amongst the best during her time at High School in Tulsa – and then at the University of Washington. In 2011, Alvarez first entered the US Women’s Open and qualified. It became a regular thing for her before she swapped golf clubs for the pen.

Like Alvarez, Stacy Prammanasudh spent her High School years in Tulsa and was also born in Oklahoma – specifically in Enid – and, for the state hat-trick, ended her education by attending the University of Tulsa. Her golf skills were well known about by the time she graduated with  Prammanasudh having earned All-American honors  as well as being acknowledged amongst the best female golfers in the country.

Within a year of graduating, she was named as the Futures Tour Player of the Year and within 12 months of that achievement she joined the LPGA tour. She spent nine years on the tour and posted four pro wins.

Last but not least we look at the Haworth born Tommy Bolt. He is arguably the most successful golfer to have come out of Oklahoma. Don’t take our opinion for that though – just look at the World Golf Hall of Fame where Bolt was inducted back in 2002.

Bolt was a latecomer to the PGA tour, but he amassed a host of victories with the biggest honor coming as he won the 1958 US Open. On top of that, Bolt also represented the US at the 1955 and 1957 Ryder Cup contests; he was on the winning side in the former.

There you have it, the best golfers to have come out of Oklahoma.