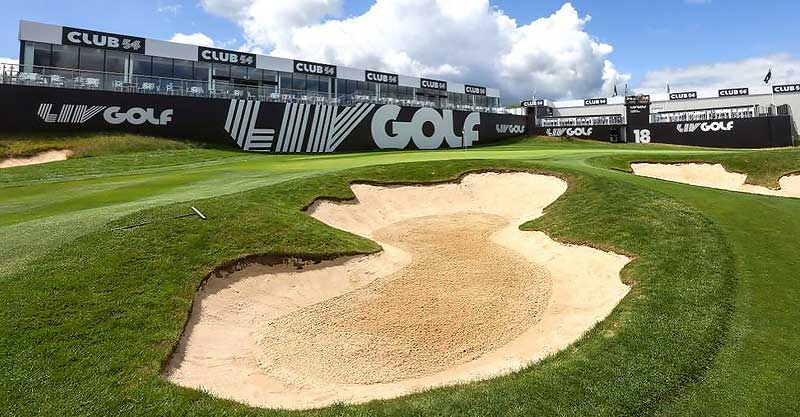 The Saudi-backed professional golf tournament, LIV Golf, made its competition debut on June 9, 2022. Despite suffering from widespread criticism, the first serious rival of the PGA Tour concluded its inaugural series champion for individual competitors with success. One event remains for the 2022 schedule, as the Invitational Series Team Championship will close out the season on October 28-30 at Trump National Doral Golf Club in Miami.

Following six top-10 finishes and a T20 placement in LIV Golf’s initial six tournaments of their series, Dustin Johnson has secured the individual LIV Golf title and collected the $18 million first-place purse with an event to spare.

Brooks Koepka picked up the most recent singles title in Jeddah, but Johnson already owned an unassailable lead in the rankings to make him the first-ever LIV Golf Series champion.

Johnson finished 16th in Bangkok, taking his overall points to 121 in the season-long competition, crowning him with the LIV Golf Invitational in Boston last month. Branden Grace was the next best, but a 42-point gap held by Johnson left the rest of the field with nothing but a second-place finish to compete for.

With the individual championship reaching its conclusion in Jeddah, the season-closing Team Championship will complete LIV’s debut series at the end of October.

The ongoing drama in LIV Golf is centered around the tournament’s efforts to give their competitors points from the Official World Golf Rankings.

The debate continues, should LIV Golf be handed OWGR points?

One of LIV’s most recent signings, Ohio-born Harold Varner III, gifted the perfect response during a media storm, similar to how he did when first joining LIV Golf.

“For me, we knew what we were getting into,” Varner said. “I think it’s easy to sit here and say what could happen, what should happen. But for me, I knew what was going to happen. It wasn’t going to be easy.

When discussing LIV’s ongoing efforts to apply points through the OWGR, Varner laughed at the situation and said he “couldn’t care less2 if he gets points or not.

“I think the people at LIV did an unbelievable job because I don’t know about the check marks,” he added. “Honestly, I couldn’t care less. I knew exactly what was going to happen. I knew what could happen in my career, and I accepted that.

“I’ve had a great time out here. So, the world ranking thing has been a part of golf for so long, and suddenly, some feathers have been ruffled. It’s awkward, but it’s funny. It is what it is.

“It’s sad sometimes. But I laugh and keep going and keep playing golf.”

Varner makes some valid points, and how much do the points matter? How many established professional golfers have already joined LIV, knowing that they could surrender a world ranking position… a lot! The tournament will earn its legitimacy through the talent on display, and every other variable surrounding professional golf is no different than the PGA Tour. Including BetMGM in Ohio, offering highly researched odds and great prices on LIV Golf.

Professional golfers will play and earn money. The fans will watch their favorite golfers no matter which organization is holding the event, and sports bettors will bet on the best players regardless of a tournament’s branding.

September 2nd to the 4th: The International (Oak Course), Boston