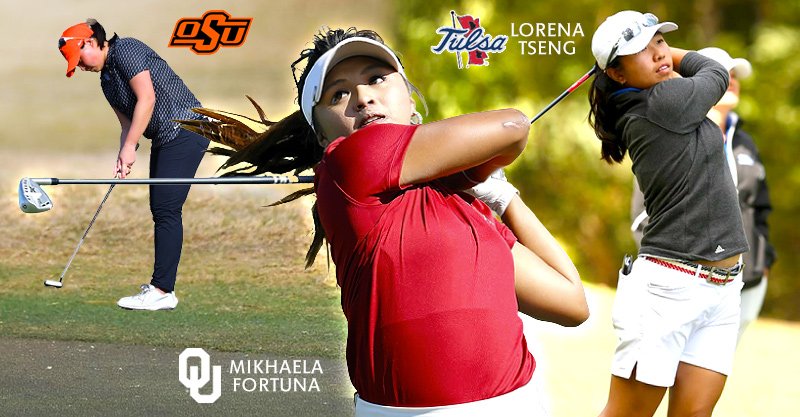 LUBBOCK, Texas –The Tulsa women’s golf team captured wins against Oklahoma and Oklahoma State during the first day of the Red Raider Match Play at the Rawls Course Sunday.

The Cowgirls dropped their first match of the day, 3-1-1, to Tulsa and later fell 4-1-0 to Texas Tech in the second match of the afternoon. With the results, OSU moved to 2-2 on the year in match play situations and 5-4 over the past two years.

In the afternoon session, it was Yu once again leading the way for OSU. She won her match, 2 and 1, against Texas Tech’s Gala Dumez.

Hinson-Tolchard and Bailey both dropped their matches to Linyu Dong and Chiara Horder, 3 and 2. Kylee Loewe won the Red Raiders’ third point with a 5 and 4 victory over Jones. Angelica Pfefferkorn fell in her match, 7 and 6, to Amy Taylor.

The Cowgirls will tee off the final round of the match play event at 8:30 a.m. on Monday against Bedlam-rival Oklahoma. The Sooners went 0-2 on Sunday with a 3-2-0 loss to Texas Tech in the morning and fell, 3-2-0, to Tulsa in the afternoon.

Yu will face Oklahoma’s Mikhaela Fortuna at 8:30 a.m. before Hinson-Tolchard matches with Libby Winans at 8:40 a.m. Jones will be in the third position at 8:50 a.m. against Meagan Winans before Pfefferkorn tees off at 9:00 a.m. against Maria Fernanda Martinez.

Bailey will close out the Cowgirl lineup in Bedlam at 9:10 a.m. against Hannah Screen.

Oklahoma dropped a pair of matches against Texas Tech and Tulsa during the first day of the Red Raider Match Play at Rawls Course Sunday.

Mikhaela Fortuna finished with a pair of victories, while Hannah Screen and Maria Fernanda Martinez each recorded a win.

“Mikheala played solid all day and in match play,” said Oklahoma head coach Veronique Drouin-Luttrell. “It’s very important to play one hole at a time and she did a great job staying in the present. She battled every hole and I’m proud of her.”
The Sooners opened the day with a battle against host Texas Tech.

OU dropped a pair of matches early before Screen and Fortuna evened the tally.

Screen jumped out to an early 4-hole advantage and netted wins on the eighth and ninth holes. She dropped back on the 11th before regaining momentum with back-to-back wins on the 13th and 14thholes. She finished the round against Texas Tech’s Amy Taylor 5 and 4.