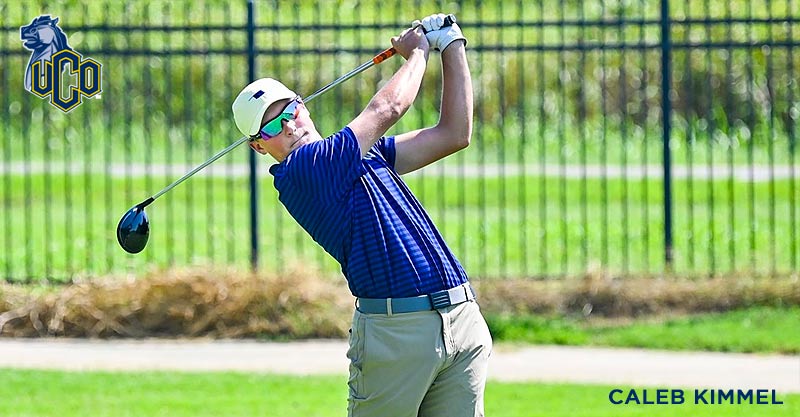 CABOT, Ark. (March 2) – Caleb Kimmel and Evan Griffith had top-10 finishes to lead Central Oklahoma to a fourth-place finish in the Natural State Classic that wrapped up Tuesday.

Kimmel and Jacob Lackey both fired 1-over-par 73s in the final round, while Griffith closed with a 75. Joe Lemieux added an 82 and Kylian Cavdar an 84.

It was the first collegiate tournament for Kimmel and the freshman ended up fifth in the individual standings with a 143 total. He made 15 pars, two bogeys and one birdie in the final round.

Griffith ended up tied for ninth with a 147 total. The second-year freshman overcame a triple bogey-bogey stretch with 15 pars and a birdie in closing with a 75.

The Bronchos are back in action next week, traveling to Las Vegas, Nevada for the Desert Classic March 7-8.

For Northeastern State, Carlos Gomez tied for 18th overall at 151 (74-77). Gabe Replogle finished tied for 34th. Freshman Brayden Strickland shot a 10-over 82 Tuesday to finish with a tournament score of 159. Ryan Morant carded matching 82s. Grant Hynes had the best day for the RiverHawks at 79.

The RiverHawks will have a quick turnaround to their next tournament and head to Las Vegas for the Desert Classic this upcoming Monday and Tuesday.