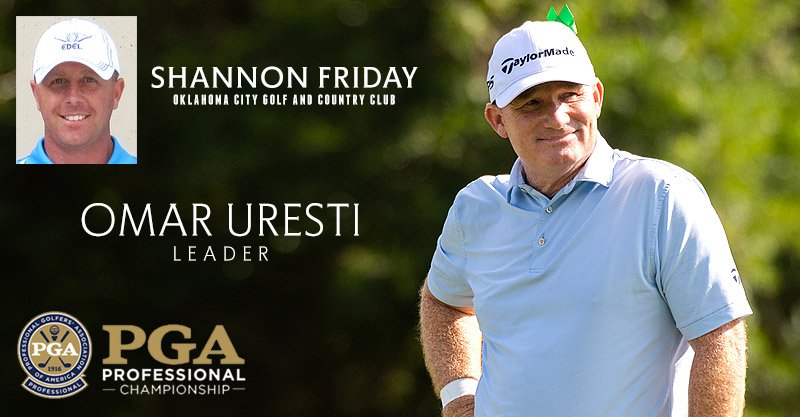 A 52-year-old PGA Life Member, Uresti will be playing in the PGA Championship for the fifth time, but first since a four-year run from 2015-18.

Shannon Friday of Oklahoma City Golf & Country Club completed all four rounds at 8-over after a closing 2-over 74 and tied for 55th in the field of 312 elite club professionals. Uresti is a former PGA Tour veteran.

Danny Balin of Rockville, Maryland, and Rob Labritz of Pound Ridge, New York, will be the most experienced of the 20 PGA Professionals at Kiawah Island. Both will be participating in their eighth career PGA Championship. Balin will be making his fourth straight appearance, while Labritz will appear in his third consecutive PGA Championship.

Frank Bensel, Jr., a PGA Assistant Professional from Purchase, New York, will be making his third career PGA Championship appearance in as many decades (2004, 2012, 2021).

Balin and Bensel were both in the PGA Championship field in 2012, when it was last played at The Ocean Course at Kiawah Island Golf Resort.

Ten of the 20 PGA Club Professionals at The Ocean Course in May will be making their PGA Championship debuts, while four others return for consecutive trips after playing in last year’s PGA Championship at Harding Park (California).