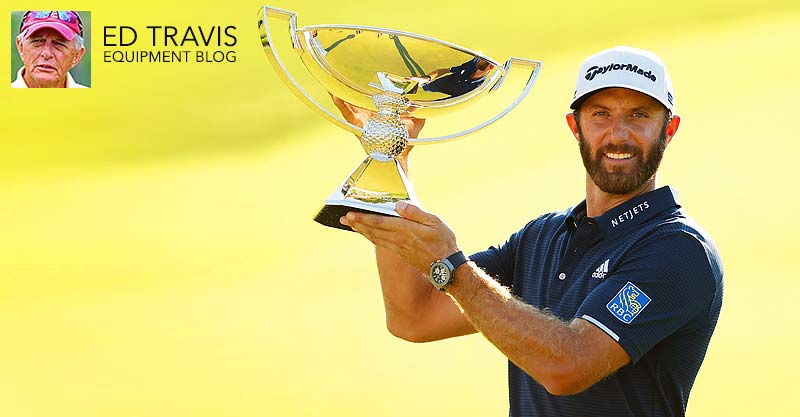 The 2019-2020 PGA Tour season will be remembered for a long time. The worldwide pandemic caused a disruption to our lives as well as the Tour’s schedule that hopefully will never be repeated. Besides the hiatus which resulted in just 36 tournaments being played rather than 46 as was done last year there was the requisite astonishment how far D.J., Bryson, Rory and any number of other athletes hit the ball off the tee plus the ongoing and somewhat misguided calls for restrictions of clubs and balls or both.

However, the old adage is still in play, “the more things change the more they stay the same.”

For the first time since World War II there was only one major championship since the other three were postponed or canceled. Only the PGA Championship won by Colin Morikawa was played and that of course means the 2020-2021 season will have six majors but for fans, the more the merrier.

Dustin Johnson finished the season with three wins and two out of three of the FedExCup Playoff events making him dominant to a degree that places him as an odds-on favorite for this fall’s rescheduled U.S. Open and Masters.

Switching gears but still in the category of interesting things about the just completed season were how the brands of equipment used by tournament winners changed from last year.

Much of golf equipment marketing is built around the publicity and even allure of winners and fan-favorite Tour players using a given brand. That can be misleading if only for the fact that Callaway Golf for example has more than three dozen PGA Tour members on staff and Titleist at least as many, some of which only play their golf ball.

In contrast TaylorMade Golf has eight Tour players on staff but they happen to include not only Dustin Johnson and Jon Rahm but also a guy named Tiger Woods.

The effectiveness of product endorsement may be open to question but there is at least some benefit to companies from the exposure of their logo on a bag or shirt or hat. There seems to be little correlation between Tour endorsements and sales results with the exception of Titleist golf balls which are the standard all are judged. Twenty three out of the 36 events in the 2019-2020 season were won by players using either their Pro V1 or Pro V1x. TaylorMade players were next with nine wins, Bridgestone two while Callaway and Srixon users each had one.

Driver brands finished in a virtual dead heat with Ping, Titleist and TaylorMade able to boast 10, 11 and 11 wins respectively. Callaway which continues to be the largest seller of metalwoods, and irons had three wins and Cobra one.
Each of these end-of-season reports comes with the same caveat. The information is accurate to the best of my knowledge but more suitable for winning a bet at the 19th hole than drawing more in-depth conclusions.