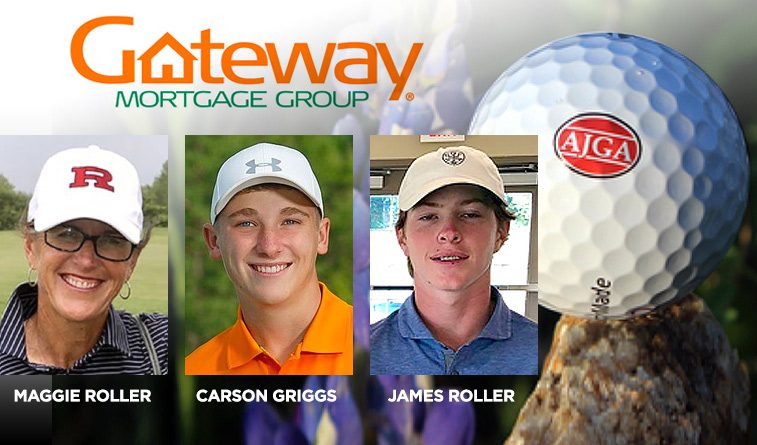 Tulsa –The American Junior Golf Association (AJGA) will return to Tulsa for the first time in nearly a decade when it stops at Oaks Country Club next week.

Spearheaded by the efforts of Maggie Roller, director of instruction at Cedar Ridge Country Club, mother to three competitive juniors and also head coach at Regent Prep, the Gateway Mortgage Group Tulsa Junior will be held Tuesday through Thursday with a Junior-Amateur on Monday.

The field includes 51 boys and 27 girls, with 27 juniors from Oklahoma. There are 22 players in the field who have already committed to various collegiate programs and five juniors ranked inside in the top 100 in the Rolex AJGA Rankings.

For those who haven’t committed, Roller has arranged a college Q&A on Monday following the Junior Am which includes coaches from Oklahoma, Oklahoma State, Tulsa, Oral Roberts and many other state programs.

Another highlight for the players will be a short-game clinic by Tracy Phillips of The FlyingTee following play Wednesday from 2 p.m. to 3 p.m. Phillips was one of the world’s top-ranked juniors when he was the age of the competitors and is a long-time instructor in the Tulsa area.

There are eight AJGA champions in the field, including Hailey Jones of Dallas, who was a 2017 Rolex Junior All-American. The Oklahoma State University verbal commit is a four-time AJGA champion and won the 2015 Texas State Junior Girls Championship. Jones is currently No. 25 in the Rolex AJGA Rankings.

Brian Stark of Kingsburg, California, is the highest-ranked junior in the Boys Division at No. 55 in the Rolex AJGA Rankings. Stark also owns four AJGA victories and is verbally committed to Oklahoma State University. He was a member of the 2017 Transamerica Scholastic Honor Roll.

Carson Griggs of Sand Springs, who last week played in the U.S. Junior Amateur and earlier this summer shot a round of 61 in the Oklahoma Golf Association State Junior Amateur, will play in the event. Roller children James, who is being recruited by dozens of Division I programs, and Jenni will also play.

Tournament rounds will take place Tuesday through Thursday,with tee times running from 7:30 to 9:30 a.m. off the Nos. 1 and 10 tees. There is no charge for spectators.

Oaks Country Club in west Tulsa will be an ideal venue to test the juniors. The classic layout was originally designed by A.W. Tillinghast with a recent renovation by architect Bill Bergin of Atlanta and hosted the 1960 U.S. Girls’ Junior Championship and numerous USGA qualilfiers. It offers bending tree-lined fairways and scenic views but also some fiendishly difficult driving holes and subtle but demanding greens.

Because Roller and her committee worked so diligently on sponsorships and donations, the tournament is expected to raise $23,000 or more which will be split between the Ace Grant, the official charity of the AJGA, and the Folds of Honor. The FOH, based in Owasso, offers educational scholarships to the families of military veterans killed or wounded in action.

The AJGA was founded in 1978 and is dedicated to the overall growth and development of young men and women who aspire to earn college golf scholarships through competitive junior golf. AJGA alumni have risen to the top of amateur, collegiate and professional golf. Former AJGA juniors have compiled more than 910 victories on the PGA and LPGA Tours.