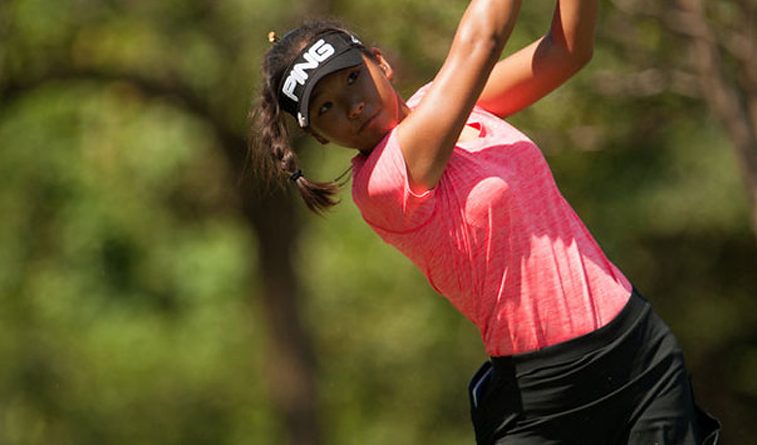 After shooting a 4-under 32 on the front nine, Yujeong Son of Norman struggled to a 5-over finish on the back, and her 1-over total for 18 left her tied for 39th after the first round of the Girls Junior PGA Championship at The Country Club of St. Albans, Mo.

Taylor Towers of Owasso shot 3-over 75 and is tied for 66th, one shot inside the current projected cut of 2 over.

Summer Marshall of Norman shot 82 and is tied for 119th. Jenni Roller of Jenks shot 88.

Son birdied four of her first eight holes and was near the lead until a bogey on 12, followed by a double bogey on the par-5 14th hole and bogeys on 17 and 18.