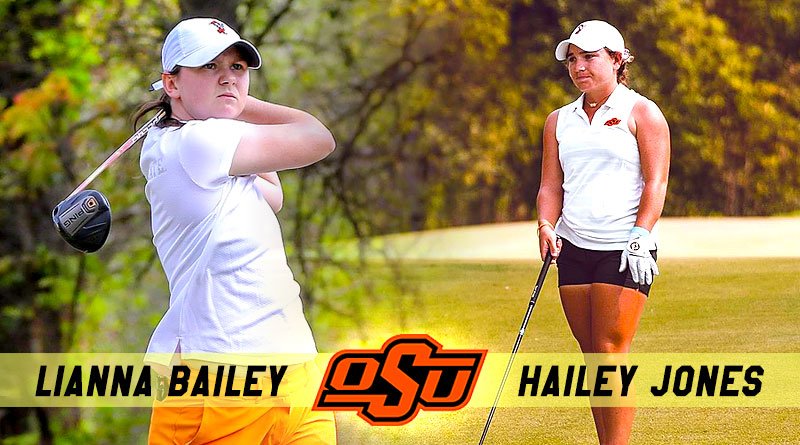 ORLANDO, Fla. – Career days from four Cowgirls helped turn in the program’s third best round of all-time and led Oklahoma State to a fourth place finish at the UCF Challenge.

Lianna Bailey led the charge for the Cowgirls and finished the event in a tie for second place. The sophomore turned in the best outing of her career with a 7-under par 209, which is five strokes better than her previous career-low she shot at the NCAA Regional as a freshman. Bailey carded 68’s in the second and third round tying her career-low for a round twice in the event.

Freshman Hailey Jones also set a new career-low in both her score for a round and tournament. After posting a career-low 70 in the first round on Sunday, Jones followed with a 68 in the final round. A 70-72-68 – 210 led Jones to her first top-five finish and a career-low tournament score.

Han-Hsuan Yu and Emma Whitaker also delievered solid outings for the Cowgirls in the third round. Yu carded a 67, which is a career-low and tied for the 19th lowest round in Cowgirl golf history. The 5-under par round moved Yu into a tie for 33rd place on the individual leaderboard. An even-par 72 on the day tied Whitaker’s career-low, something she has now done five times throughout her career.

After two days of playing above-par golf, the No. 13 ranked player in the country, Isabella Fierro finally found her stroke as she turned in a 1-under par 71 to finish the tournament at 3-over par and in a tie for 43rd place.

Even with two Cowgirls collecting top-five finishes on the individual leaderboard and the 14-under par round, the Cowgirls could not catch up to Kent State who separated itself from the rest of the field with a 13-under par day of its own. Cowgirl golf head coach Greg Robertson’s former school won the event with a 21-under par 843.

The Cowgirls will return home for a short couple of days before heading to Puerto Rico to take place in the Lady Puerto Rico Classic beginning Sunday.