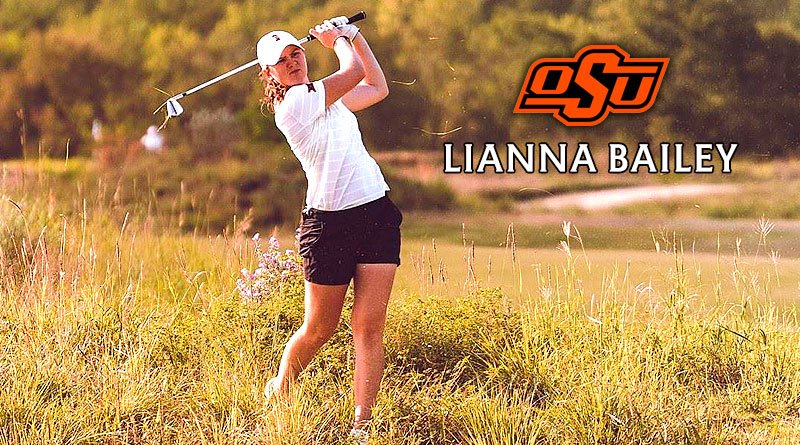 ORLANDO, Fla. – Lianna Bailey carded the third-best round by a Cowgirl golfer this season, which helped Oklahoma State jumped up the leaderboard in the second round of the UCF Challenge.

Bailey used three birdies in the front nine and added on another one later to finish the day 4-under par and is 3-under par for the tournament. Her 68 ties her career low round and is her lowest round this season by two strokes. Bailey sits in a tie for fifth place and is chasing Renate Grimstad of Miami who leads the competition at 11-under par with 18 holes to go.

The Cowgirls 3-under par 285 is the team’s fifth best round this season. The round delivered by the Cowgirls moved them up six spots on the team leaderboard and into a tie for fifth place with Purdue at 2-over par. Miami sits atop the leaderboard at 9-under par after shooting an 8-under par second round with Michigan State and Kent State trailing by one stroke.

After a career-low round yesterday, Hailey Jones carded an even-par 72 in the second round, which keeps her at 2-under par for the tournament and in a tie for 11th place. With another good round tomorrow, Jones could finish in the top-10 on the individual leaderboard for the second time this season.

Han-Hsuan Yu carded a 1-under par 71 to help Bailey and Jones. After a bogey on her first hole of the round, she cupped three birdies to move to 6-over par for the tournament. Isabella Fierro sits in a tie for 45th place after shooting a 148 through 36 holes. Emma Whitaker shot a 7-over par 79 and is tied for 81st place.

Bailey and the Cowgirls will look to make up some strokes on the leaders both individually and as a team when the Cowgirls tee off for the final 18 holes Tuesday morning.