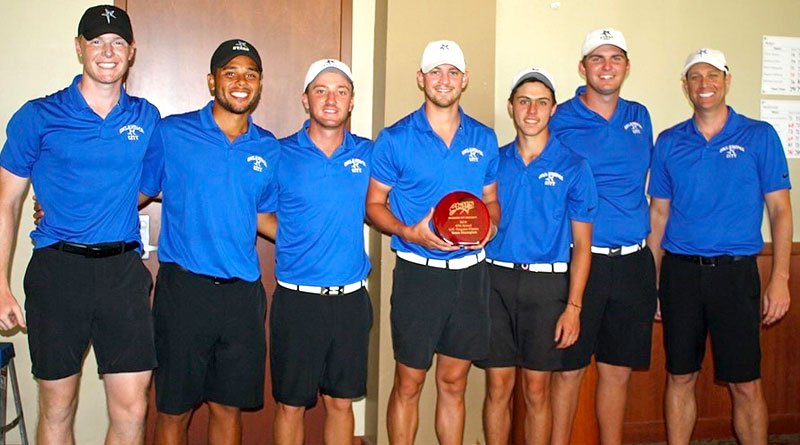 “We had an overall great team effort this week,” OCU coach Andy Crabtreesaid. “I am very pleased with how the seniors stepped up and showed great leadership.”

Castille, a senior from Dallas, finished one stroke behind the tournament victor, Emiel Van Geet from Southwestern Christian. Castille forged a 70-69-67–206 to match his best finish as a Star. Castille previously tied for second place in the San Antonio Shootout on March 4-5, 2019. Castille collected 14 birdies this week while posting his third career top-10 showing in the U.C. Ferguson Classic.

OCU’s Carson Seals shot a 69-71-69–209 to place tied for fourth. Seals, a senior from Ardmore, Okla., knocked in 14 birdies and two eagles during the tournament. He had a top-five finish for the second year in a row in the Ferguson Classic.

Santiago Chamorro supplied the Stars with a 71-70-71–212 for a seventh-place showing. Chamorro, a freshman from Bogota, Colombia, sank 12 birdies in the tournament.

Chris Winkel, a sophomore from Ankeny, Iowa, carded a 74-78-78–230 for Oklahoma City. Carson Breckenridge, a freshman from Tucson, Ariz., added a 97-98-99–294 playing as an individual.
Oklahoma City continues its season in The Mid-South on Sept. 23-24 at Sand Creek Station Golf Course in Newton, Kan.