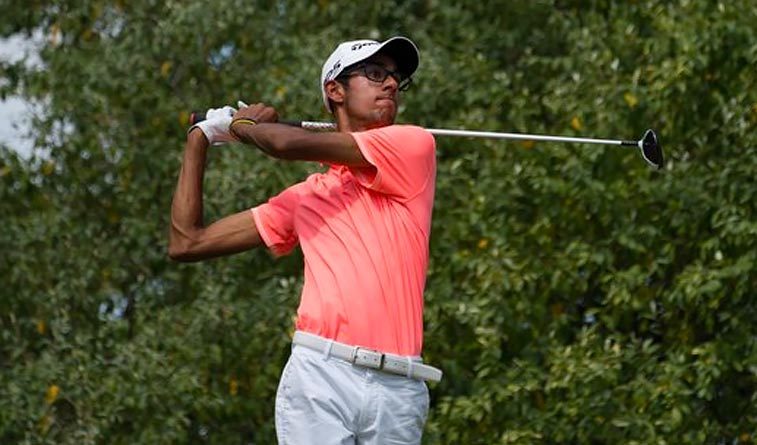 ST. ALBANS, Mo. – Some records are made to be broken. Others are made to be shattered. Akshay Bhatia, 15, of Wake Forest, North Carolina, rewrote a large part of the history book for the 42nd Boys Junior PGA Championship this week, and he did it in style.

With Baseball Hall of Fame Member Ozzie Smith among the gallery looking on at The Country Club of St. Albans, Bhatia made a six-foot birdie on Hole No. 18 to reach 22-under-par 266 (69-61-69-67 266) for the Championship, eclipsing Pat Perez’s record set in 1993, by a mindboggling five strokes.

The left-handed Bhatia had already set Championship marks for the lowest 18-hole round ever, with a 61 during Tuesday’s 2nd Round. He also became the first player to ever break 200 after 54 holes, with a 199 total on Wednesday. His round of 61 was also a record for the Lewis and Clark Course by two strokes, and featured eight birdies on his first nine holes.

Among the names that have played in this tournament, which was founded in 1976, are Tiger Woods, Jordan Spieth, Phil Mickelson, David Toms, Justin Leonard, Stewart Cink, Trevor Immelman and a virtual Who’s Who of other PGA Tour stars.

“When I started this tournament, I never dreamed I would win by three strokes or beat the record by five strokes,” said Bhatia. “It’s such a good feeling coming off on top, after shooting 61. It’s awesome. I was focused on a number I wanted to get to, which was 22-under.”

Logan McAllister of Oklahoma City closed with a 1-over 73 to finish tied for 14th. Complete scores are here.