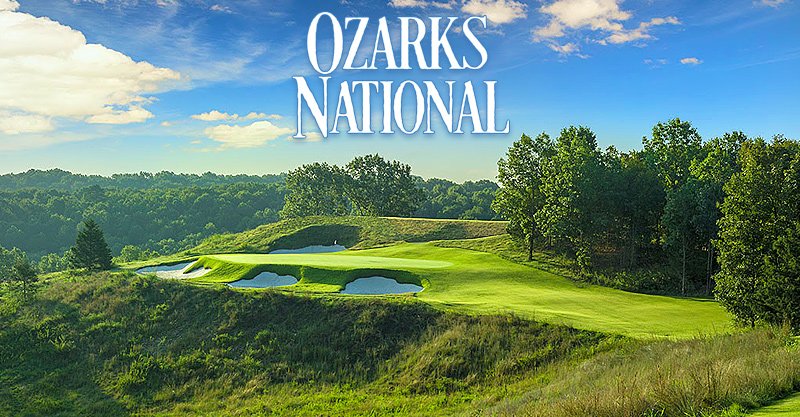 RIDGEDALE, Missouri (July, 16 2020) – Some of the biggest and most legendary names in golf are returning to Big Cedar Lodge and the Ozarks next month.

PGA TOUR Champions and Big Cedar Lodge announced today two new events that will be contested as part of the Tour’s combined 2020-21 schedule. The Charles Schwab Series at Bass Pro Shops’ Big Cedar Lodge will feature back-to-back 54-hole tournaments played over a nine-day period in August, with each event carrying a $3 million purse and televised worldwide on The GOLF Channel.

The complete Charles Schwab Series schedule is as follows:

The venues represent two of the five award-winning nature golf courses at Big Cedar Lodge, which has been considered “Home of the Legends” after previously hosting the Bass Pro Shops Legends of Golf from 2014 through 2019.

“This is our seventh year hosting the PGA TOUR Champions, and we are very happy to welcome these incredible players and friends back to Big Cedar Lodge,” said Johnny Morris, noted conservationist and founder of Bass Pro Shops and Big Cedar Lodge. “We continue to take great pride in this special place and our continued enhancements, including the grand opening of Ozarks National last year and the debut of the full Payne’s Valley course later this year. We know the unique beauty of our courses leave a lasting impression, and we look forward to providing a challenging, memorable experience to all of the players while showcasing the beauty and wonder of the Ozarks with the world.”

Due to COVID-19 concerns, no spectators will be allowed on site during the events. Fans can follow the action worldwide by tuning-in to The GOLF Channel, which will provide extensive coverage throughout the tournament. Set to air in more than 340 million homes in 170 countries, the broadcast will showcase the unmatched natural beauty of the area while spotlighting Johnny Morris’ vision for creating breathtaking golf courses that connect people to nature.

“We are excited to once again partner with Johnny Morris and the great team at Big Cedar Lodge to bring the excitement of PGA TOUR Champions golf back to the Ozarks,” said PGA TOUR Champions President Miller Brady. “Our players have terrific memories tied to this amazing property, and I know Buffalo Ridge and Ozarks National will be tremendous venues for our fans watching around the world on GOLF Channel.”

Golf Digest selected Ozarks National as the Best New Public Course in the world last November in the publication’s annual rankings list and Buffalo Ridge was ranked the #1 course you can play in Missouri in Golfweek’s “2019 Best” issue. Additionally, last September Golf Magazine named Big Cedar Lodge as the No. 1 Family Golf Resort in North America, as part of its Top 100 Resorts issue for 2019-2020. Recognitions like these continue encouraging notable people and players to visit Big Cedar Lodge, including the likes of World Golf Hall of Famer Ben Crenshaw, who has visited and played the resort multiple times.

Due to the COVID-19 pandemic, PGA TOUR Champions previously announced that its tournaments in 2020 and 2021 would combine to form one season, with the next Charles Schwab Cup champion to be crowned in November 2021 at the Charles Schwab Cup Championship. The full lineup of players participating in the Big Cedar Lodge events will be announced in the coming weeks.

PGA TOUR Champions is a membership organization of professional golfers age 50 and older, including 33 members of the World Golf Hall of Fame. The Tour’s mission is to provide financial opportunities for its players, entertain and inspire its fans, deliver substantial value to its partners, create outlets for volunteers to give back and generate significant charitable and economic impact in tournament communities. All events are televised in the United States, with most receiving complete coverage on Golf Channel, the exclusive cable-television partner of PGA TOUR Champions. Internationally, telecasts air in excess of 170 countries and territories, reaching more than 340 million potential households, and distributed in 15+ markets via GOLFTV. Follow PGA TOUR Champions online at PGATOUR.com, at facebook.com/PGATOURChampions, on Twitter @ChampionsTour and on Instagram @pgatourchampions.